I have to admit that although I have visited England at least 13 times, I still feel the excitement of the anticipation of seeing another “undiscovered” castle or town when my plane lands at Heathrow airport. I hop off the plane and breeze through the immigration process and then take the shuttle to the rental car (“car hire”) lot on the airport perimeter for a day or two of sightseeing before a week of work. After navigating my first of many roundabouts for the day, I regain the feel of driving on the left side of the road and then I’m ready to go. 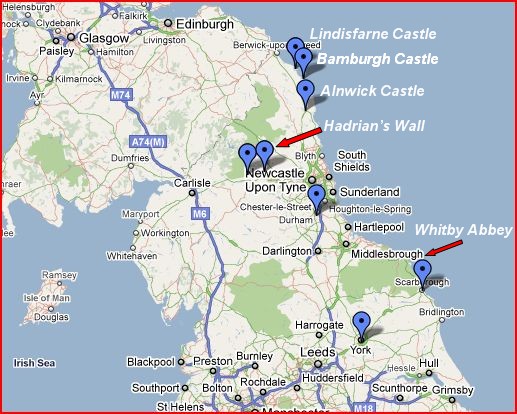 Renting a car is an economical way to see the UK. I usually use National or Alamo Car Rental. It is a convenient way of visiting many sights that are hard to get to by train. UK train travel has become quite expensive, due to deregulation of the train system, and as a consequence, the highways have unfortunately become more crowded.

Northeast England is a remote, less visited region of England, and yet it has some of the finest medieval and Roman sites in the UK. It’s about a three hour drive from Heathrow up the M1 Motorway to Leeds and then about 45 minutes east along the A64 to York. Beyond York north and east are the sites of Scarborough Castle, Whitby Abbey, Durham Castle and Cathedral, Hadrian’s Wall, Alnwick Castle (of Harry Potter fame), Lindisfarne Castle and Abbey, and Bamburgh Castle. There are a number of castles on the northeast coast due to the long history of Scandinavian raiders, even back to the time of the Romans.

The road signs on the outskirts of York (on the A64) warn drivers to park in one of the park-and-ride lots and not to try driving into the town. I have visited York twice, both times in October, and had no problem parking right in town at that time of year. 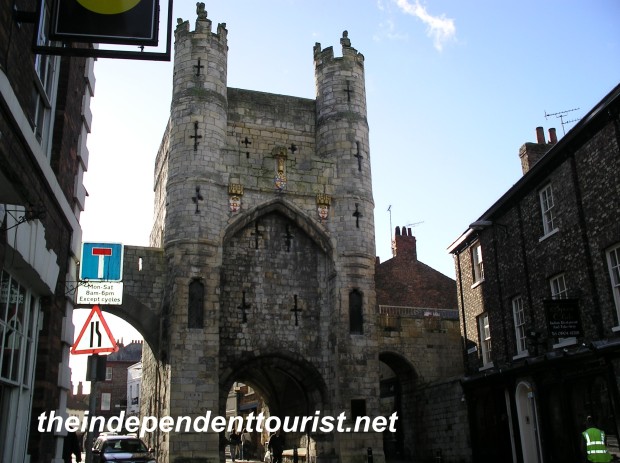 One of several city gates in York. 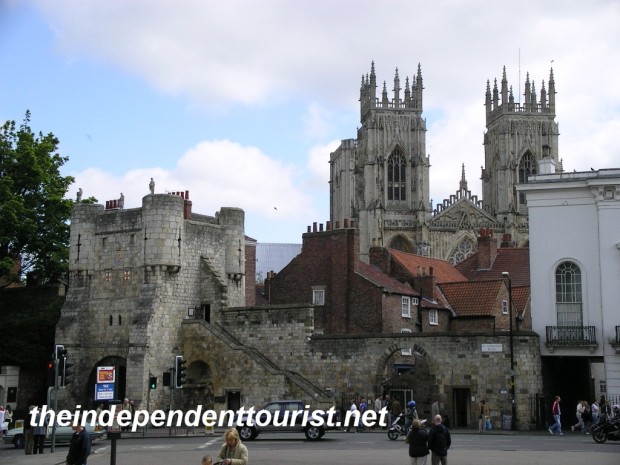 The York Minster (13th century) is one the largest churches in northern Europe. York Minster is a great example of medieval Gothic architecture and has beautiful stained glass from the 15th century. Inside the cathedral, be sure to buy a ticket to check out the underground area of the Minster to see the early foundation work and also evidence of the original Roman city engineering with water drainage channels still in use. 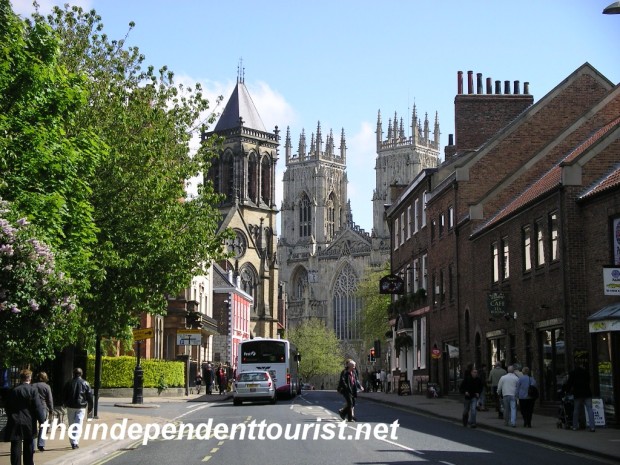 View of York and the Minster.

Other things to do in York include walking the walls of the old city, visiting the city’s medieval gates, St. Mary’s Abbey ruins, the York Shambles (a narrow medieval street) and Clifford’s Tower, the only surviving part of York Castle, and the site of a Jewish massacre in 1190. 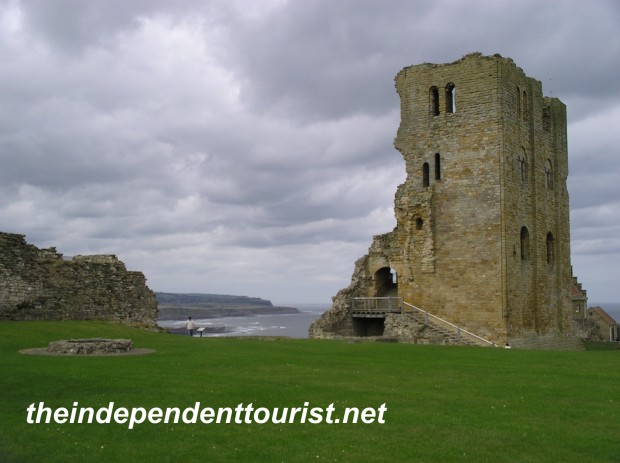 From York I drove out to Scarborough, which is about 1 hour by car. Scarborough Castle is a ruin, but it commands a pretty spot on a high bluff overlooking the coast and North Sea.  There are also foundation ruins from a Roman lighthouse here. Of all the attractions on the Northeast coast of England, this is one that can be skipped without missing too much. 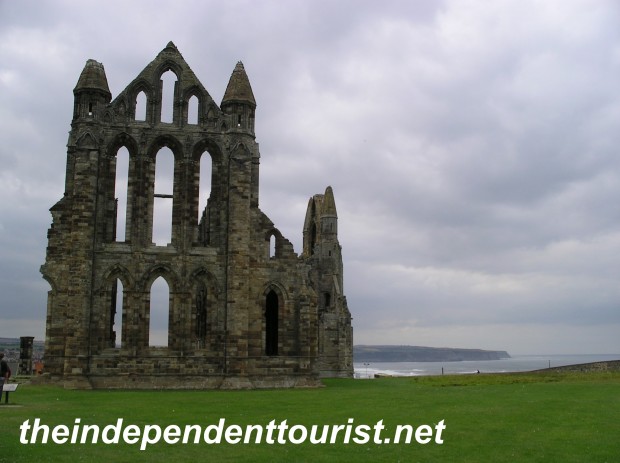 From Scarborough, it is a short trip up the coast to Whitby, which must be an English weekend “getaway” town. I saw lots of locals strolling around the town on the weekend, and sailboats coming back into the harbor in the afternoon. My main interest was visiting the abbey ruins that sit on a bluff overlooking the town and sea. I love old abbey ruins, and the ruins of Whitby (12th century) are considered some of the finest from the medieval period. 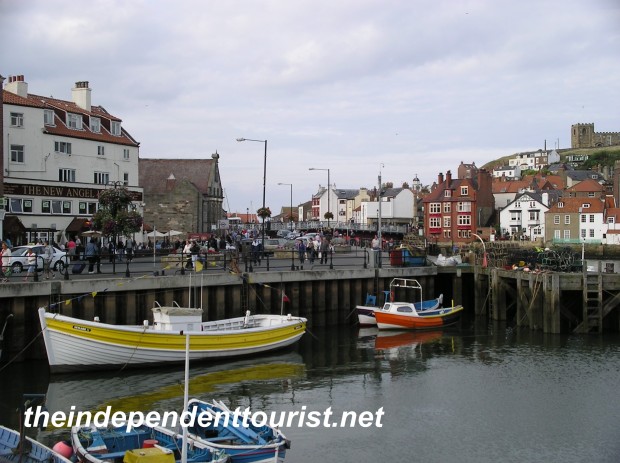 I spent the night in Darlington (south of Durham) after a full day which included driving to northern England from Heathrow airport, stopping in York (short visit since I had been there before), and visiting Scarborough and Whitby.