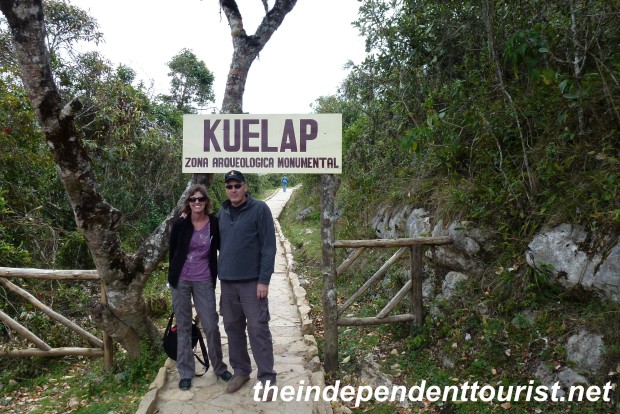 On the 2.5km hike to Kuelap 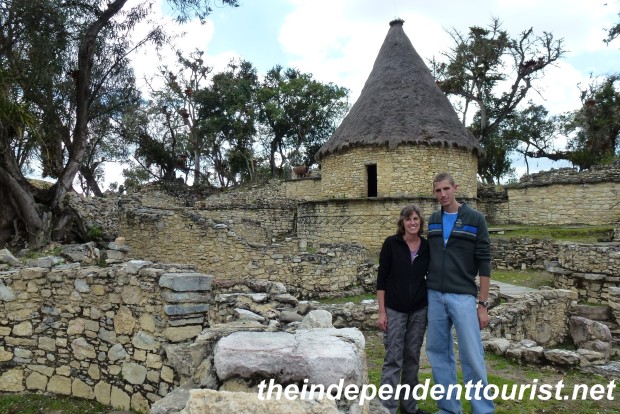 Housing area in Kuelap-the only restored structure on the site

If you’re looking for a less-discovered, uncrowded ancient historical site in Peru, consider Kuelap. It is located 45 miles (which takes about 2.5 hours due to a gravel road most of the way) south of Chachapoyas. The road is much improved from several years ago, when rains would make it nearly impassable. Our tour group included 13 people in a minivan. The tour cost 60 NS (1 USD = 2.8 nuevos soles) per person, and included lunch and the entry fee (10 NS). Most of the tourists were from Peru and other South American countries. When we arrived at the site, we were pleased to see just a few other minivans. After arriving at the parking lot, we hiked about 2.5 km up to the site itself. 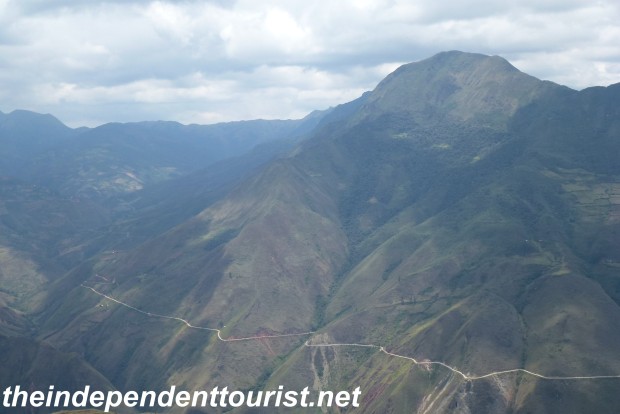 The scenery from the mountaintop fortress of Kuelap. The dirt road seen near the bottom of the picture is the road to the site 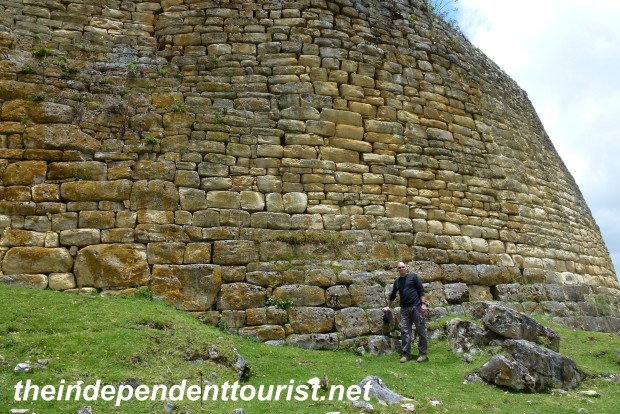 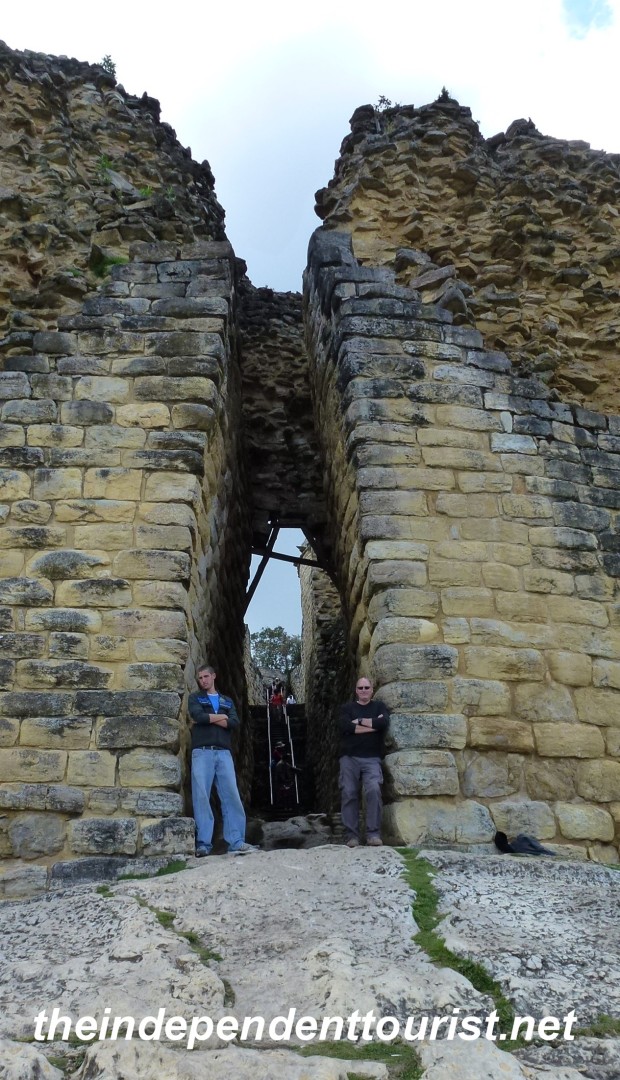 One of the main entrances to the site 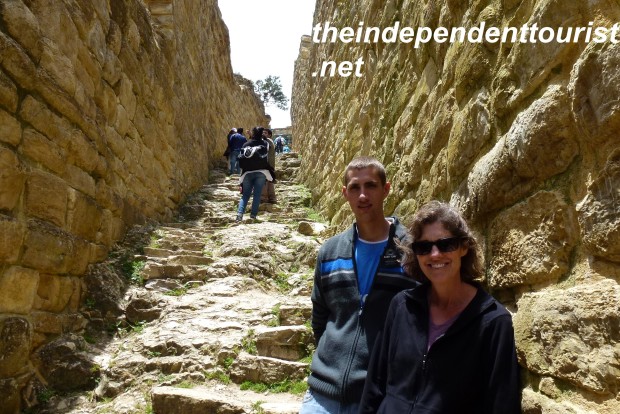 Hiking up into the fortress

I knew little about Kuelap, but enough to know it is one of the great sights in Peru and I wanted to see it. Kuelap dates to the 6th(?) century AD, constructed by the Chachapoyan people, who apparently were warriors, given the defensive nature of Kuelap. We don’t know much about these people, but they were described as a “tall and fair” people by the Inca—supposedly blonde and blue-eyed, and even today I understand that there are some people in the area that fit this description, but they are not European descendants. They were eventually conquered by the Inca around 1472, and Kuelap was inhabited until 1670 when it was abandoned during the Spanish Conquest. It is one of the largest pre-Inca ruins in existence, set on a 10,000 foot mountain top ridge. Massive walls (reaching up to 60 feet high) surround the site, which is 600 meters in length. It is believed that about 2,500 – 3,000 people inhabited about 400 or more homes (most of which are circular) in the site. The site’s construction reminded me of castles in Europe—well built, but not to the exacting standards of the Inca. Based on the skeleton remains and large numbers of skull surgeries at Kuelap, archeologists believe a “medical” school was located here. 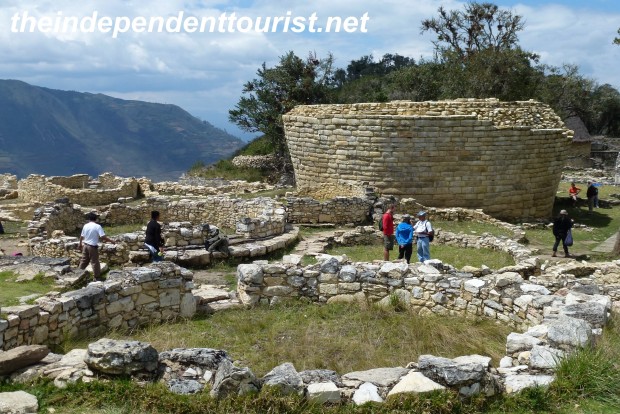 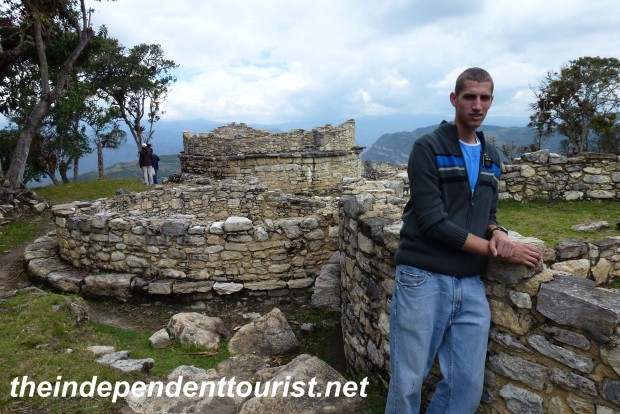 Another view of the ruins in Kuelap 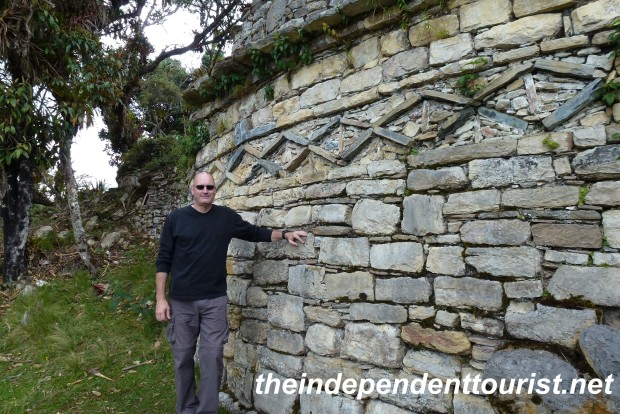 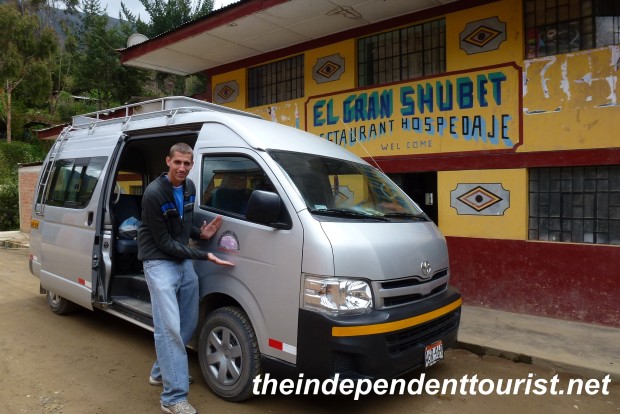 Our tour van and restaurant for lunch 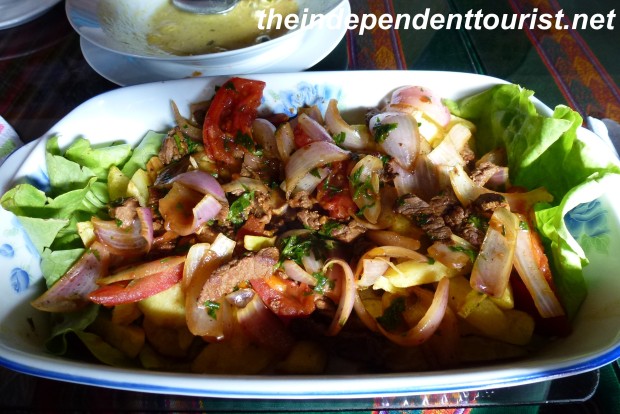 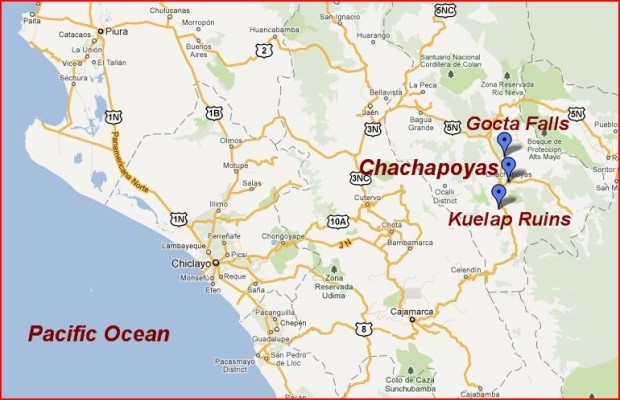 Kuelap is 2.5 hours south (by car) of Chachapoyas

Visit now before this incredible site welcomes crowds like those at Machu Picchu!