What I love about France is that it has something interesting to see at almost every turn.  In just about any part of the country, one can be charmed by the history, architecture, people, food and/or the natural scenery. We were on our way from Chartres to the Loire Valley by car and decided to take a day “detour” to the charming towns of Vitré and Le Mans. Both of these towns are not on the main tourist route but are worth a stop if you have the time. Our third stop was at the little village of Sainte Suzanne, in between Vitré and Le Mans. 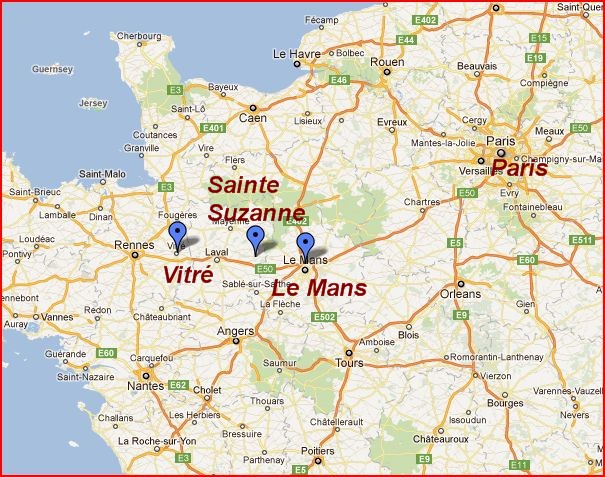 The towns of Vitré, Sainte Suzanne and Le Mans are southwest of Paris

Vitré, at the very western edge of Brittany, is about 75 miles west of Le Mans. This part of France has a close historical connection with the UK (think “Brittany” and “Britain”), with the local (nearly extinct) Breton language being closer to Welsh and Cornish than French. Vitré feels a bit like England with the half-timbered homes along the narrow little streets. We found the locals very friendly, and one gentleman we met on the street serenaded us with a couple songs, including one from Elvis, when he found out we were from the U.S!  Vitré has a picture-perfect chateau (Chateau de Vitré), which is a museum, but since we were there on a Sunday morning it was closed. 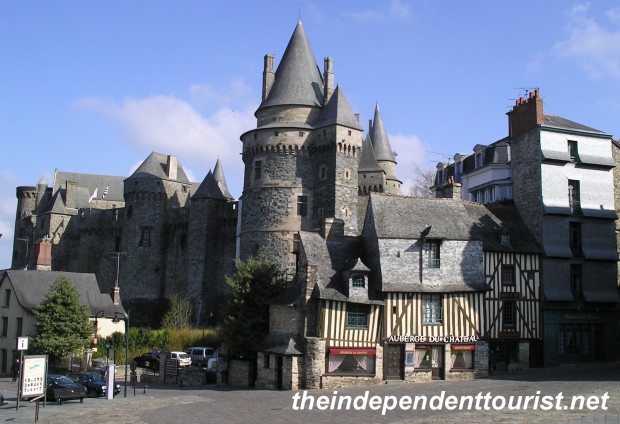 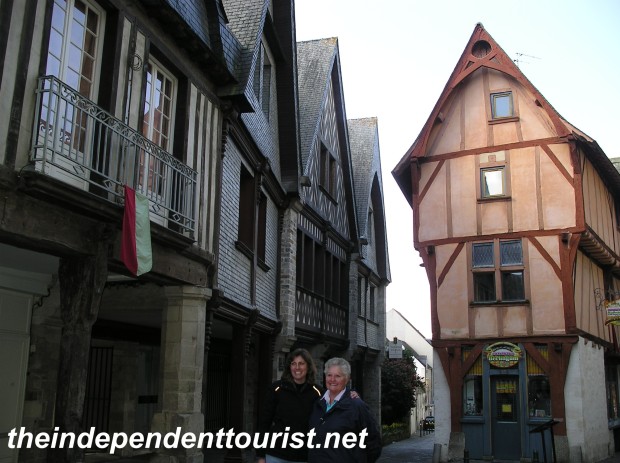 A narrow little house in Vitré 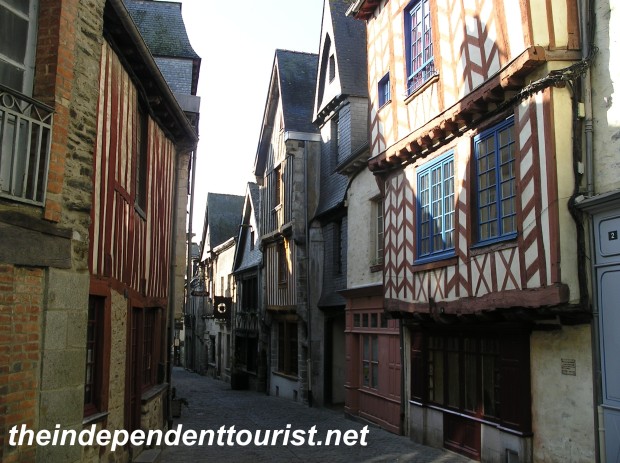 One of the interesting old streets in Vitré

Long associated with automobiles (‘24 hours of Le Mans’) Le Mans also has one of the most striking Gothic cathedrals in France. The Cathédrale St.Julien which dates from the 12th century has huge flying buttresses. The cathedral has a number of stained glass windows from the 12th and 13thcenturies. The center of the town is also very historic and has some ancient walls remaining. On this trip, we just visited the Cathedral and the old section of the city right next to the Cathedral. 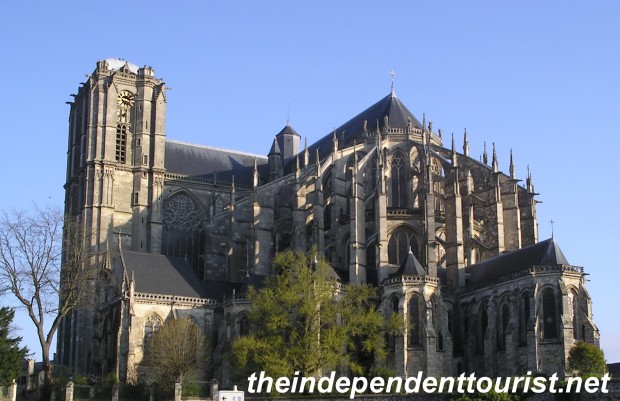 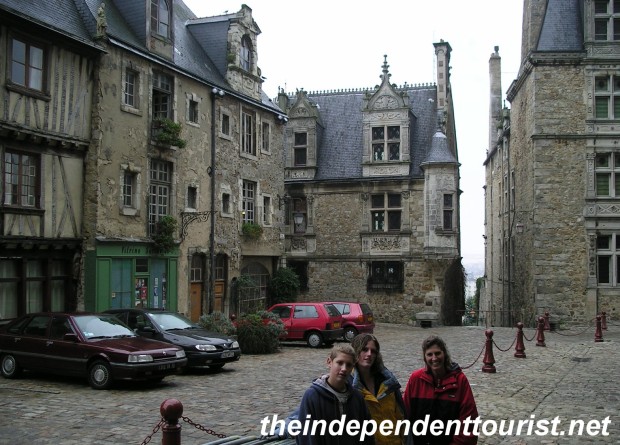 This is a charming little village just off the route from Le Mans to Vitré. It is no more than a few homes around an old castle, restored chateau and church. We enjoyed exploring the little streets and seeing the local life, which I suspect very few tourists ever have done. 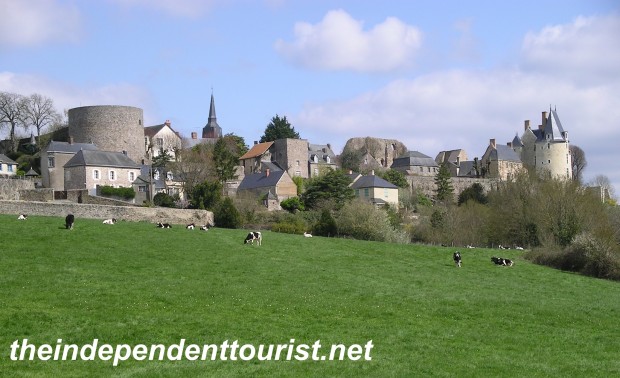 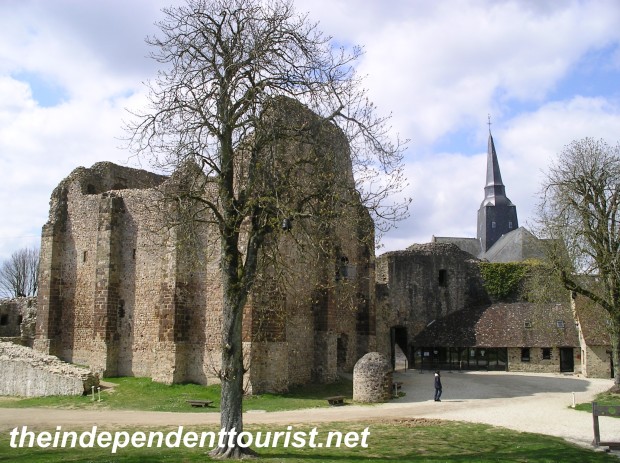 The old castle at the center of Sainte Suzanne