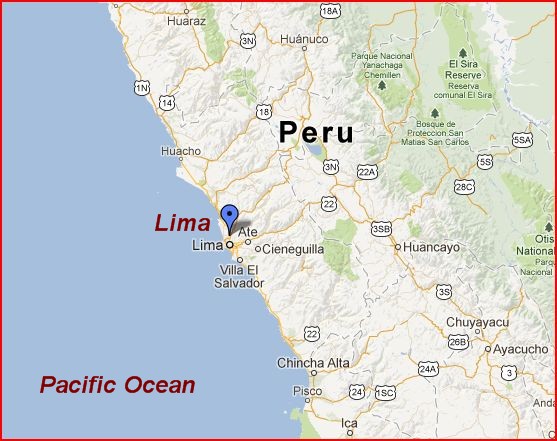 Lima is about at the midpoint of the coast of Peru, right on the Pacific Ocean.

The Plaza de Armas is the historical center of Lima. It dates from the 16th century, the start of the colonial era of Peru and the beginnings of the city of Lima. Severe earthquakes in 1687, 1746 and 1940 took their toll on this historic area, many buildings were severely damaged or destroyed, but some have survived, and the government has been working to restore many of the historic buildings. 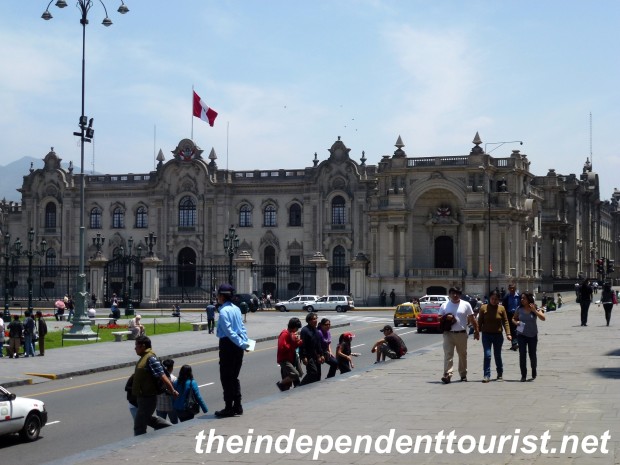 The governmental palace on the historical Plaza de Armas. 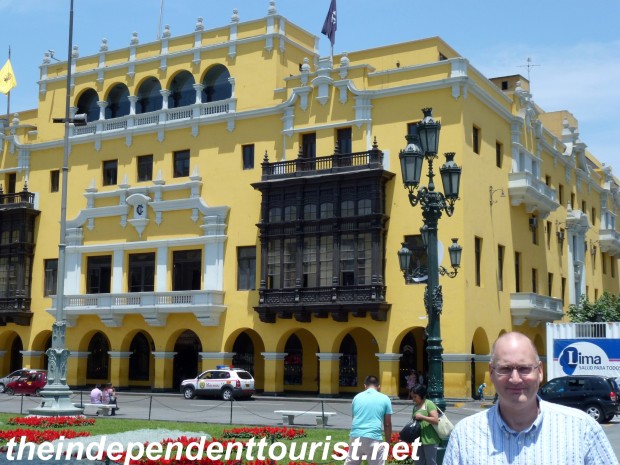 An example of the excellent restoration work around the Plaza de Armas.

There are many old churches near the Plaza de Armas, I’ll share a bit about three below. 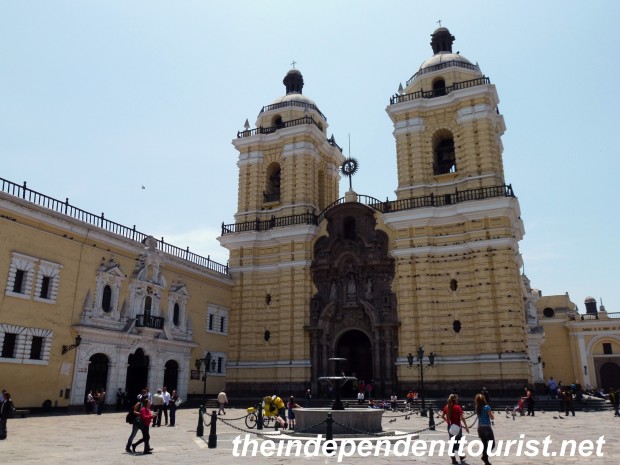 The facade of the Iglesia de San Francisco.

Iglesia de San Francisco. This church was built in the 17th century, and contains some fine artwork, including wood carvings in the choir, cloister ceilings, decorative tile and precious metals. I love catacombs and the ones below this church are extensive – the remains of 75,000 people are here. The catacombs are poorly lit and it was hard for me to get pictures (I took a few on my Flip video camera – please forgive the poor quality). The only way to visit the catacombs is via a tour (available in English). Next to the church is a beautiful monastery library with 400 year-old manuscripts but I was not allowed to take pictures there. 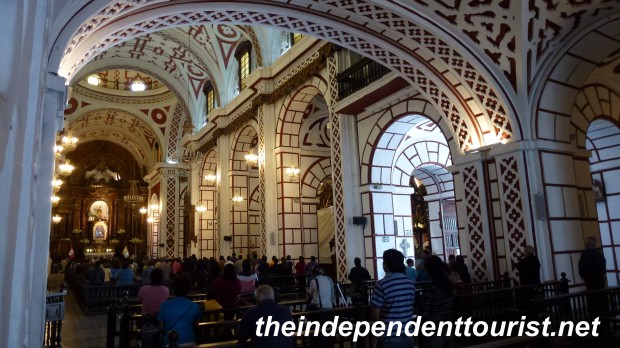 The main chapel in the Iglesia de San Francisco. 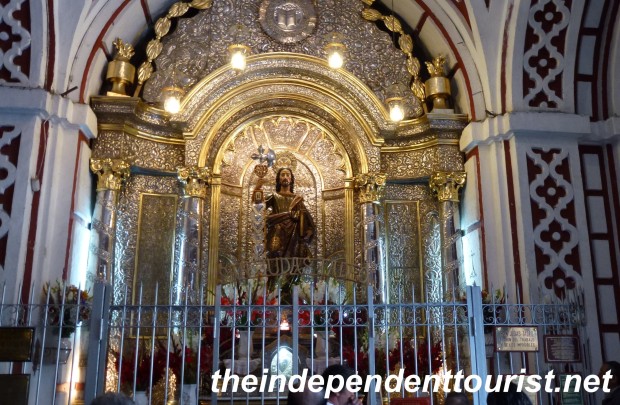 I’m guessing that much of the gold and silver decorating this altar came from Inca artifacts. 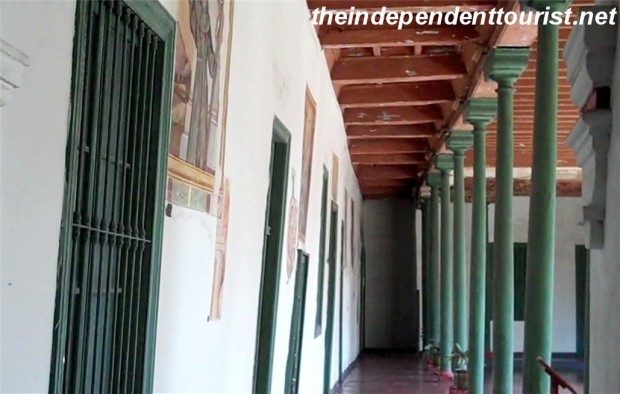 Note the bowed wall of this church – probably due to earthquakes over the centuries. 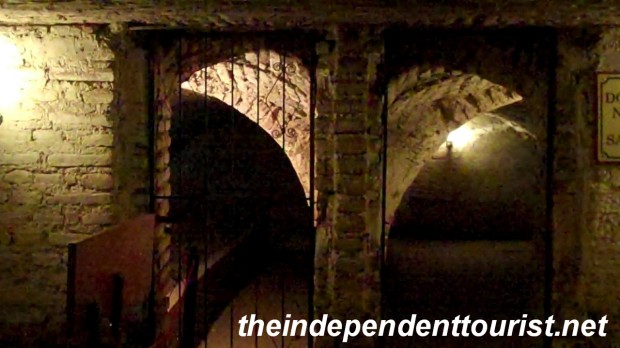 The tunnels of the catacombs are extensive. 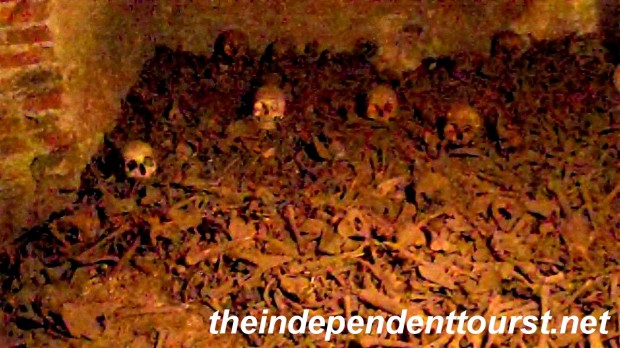 These bones aren’t as neatly arranged as some… 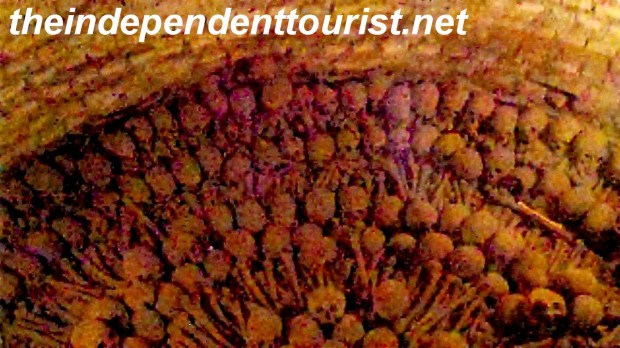 Some of the neatly arranged bones in the catacombs.

Convento de Santo Domingo. This 16th century church stands out due to its pink exterior. From the convent’s bell tower, you get a pretty good view of Lima – one of the driest cities on earth. The cloister gardens are well manicured and this church also had an interesting library. The tombs of the first two Peruvian saints are buried here. 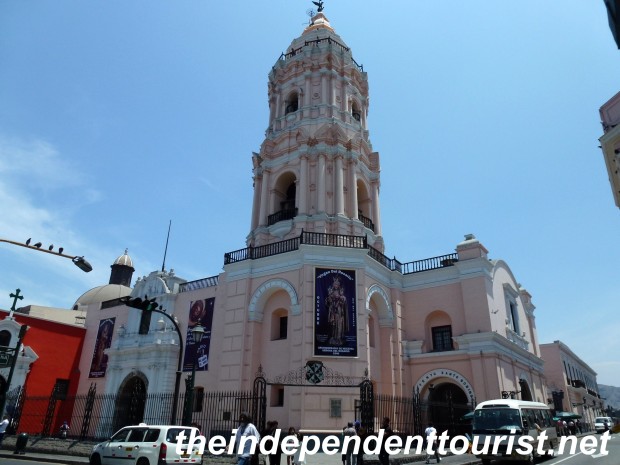 The pink Convento de Santo Domingo. (climb to the top of the tower for a good view.) 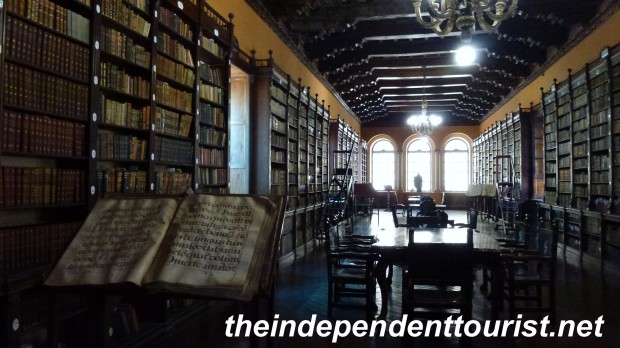 The library of the Convento de Santo Domingo. 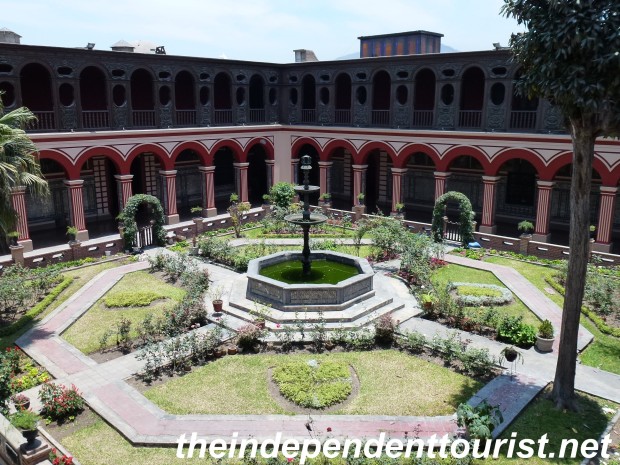 The cloisters of the Convento de Santo Domingo. 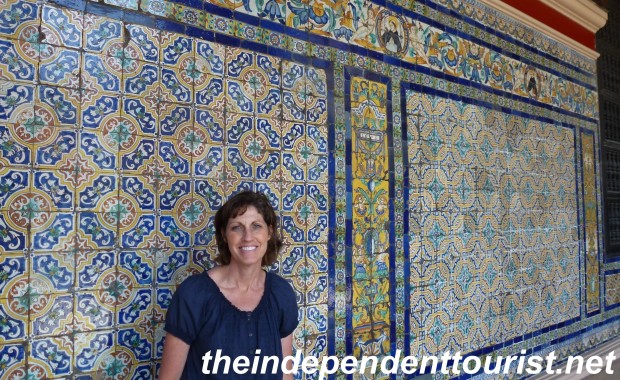 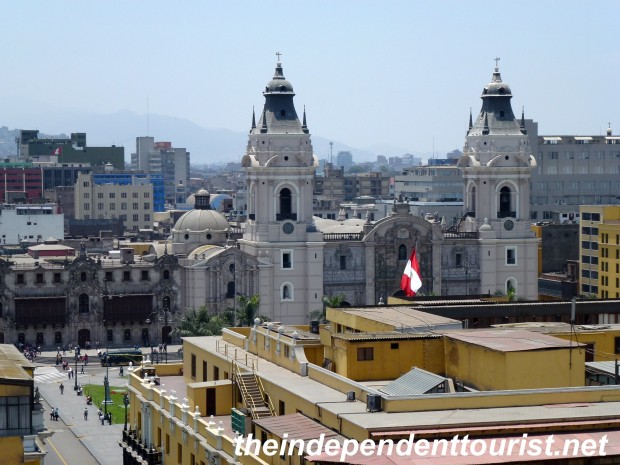 A view of the Lima Cathedral from the Convento de Santo Domingo.

Lima Catedral (Cathedral). One of the most interesting features of this church is the tomb of Pizzaro, the Spanish explorer who founded Lima as part of the Spanish empire in 1535 and designed the layout for the cathedral. The cathedral had to be rebuilt after earthquakes in 1746 and 1940. 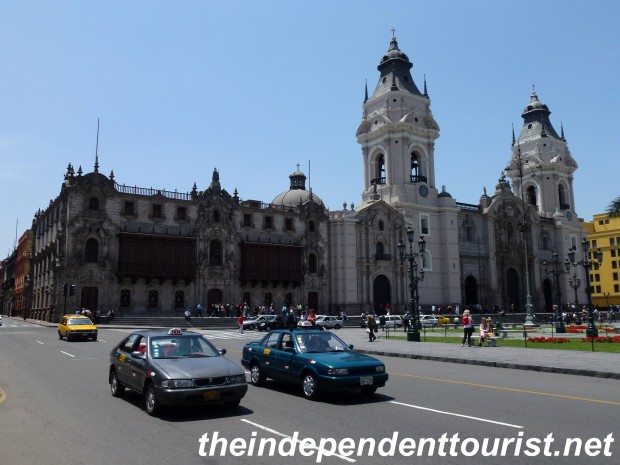 The Lima Cathedral on the Plaza de Armas. 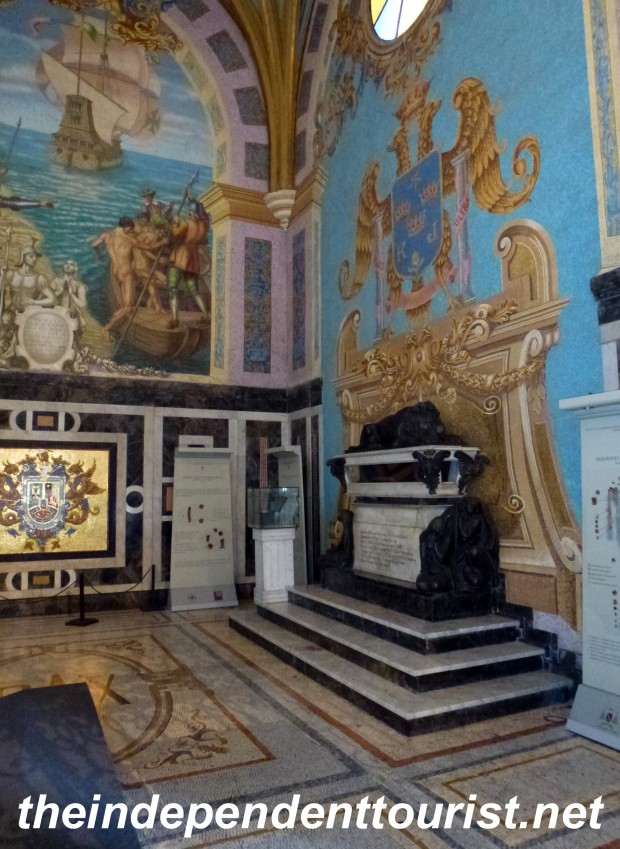 Pizzaro’s tomb in the Lima Cathedral.