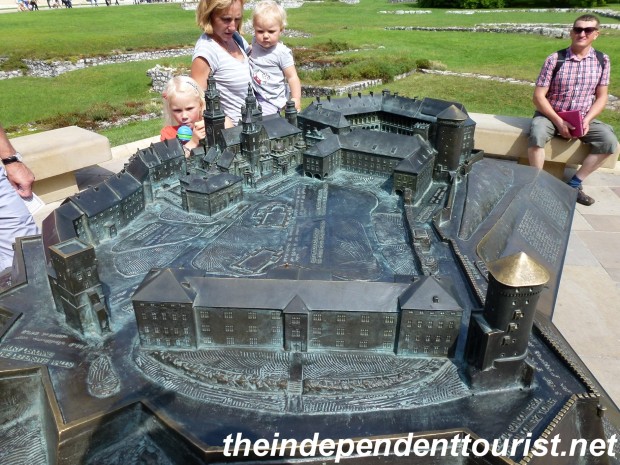 A miniature layout of Wawel Castle. The main castle and cathedral are at the far end of the display.

One of the premier tourist sites in Kraków is Wawel Castle, located on a hill above the Vistula River on the southern edge of the old town. Wawel Castle was the home of the Polish kingdom for about 500 years (12th century to 16th century). 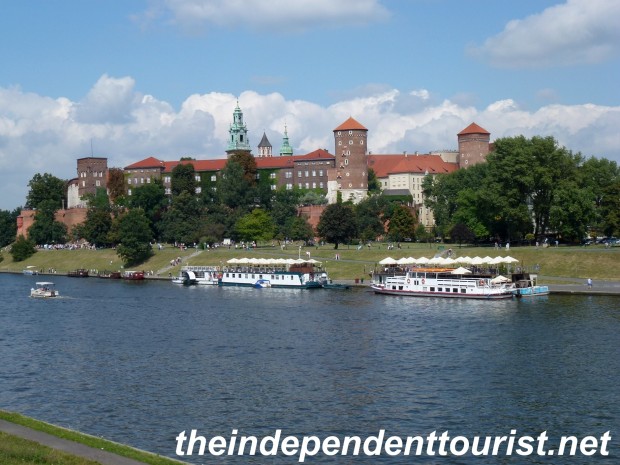 A view of Wawel Castle from the Vistula River. 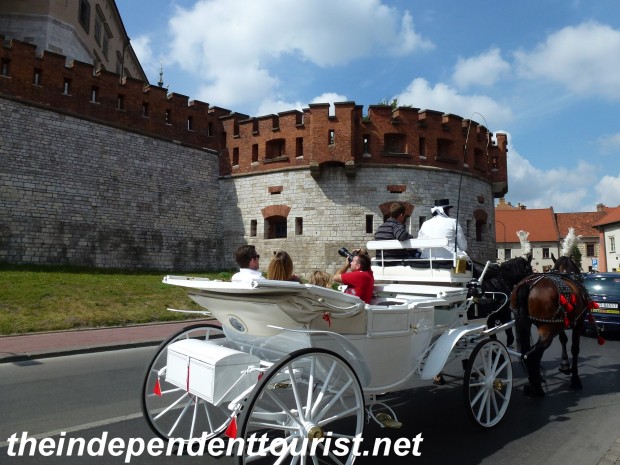 A great way to see Wawel Castle’s exterior is by a carriage ride. 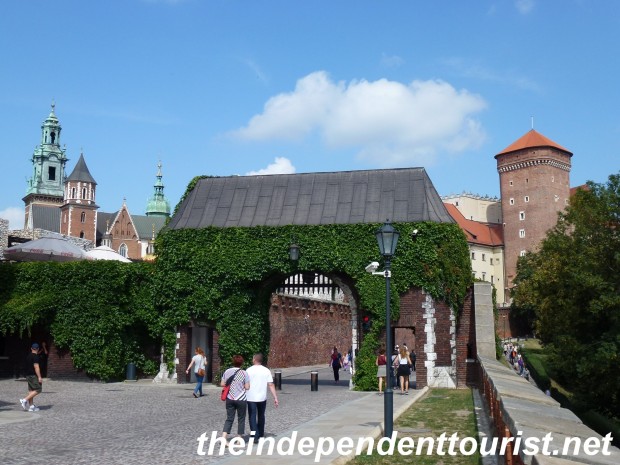 The Bernardyńska Gate to Wawel Castle.

Although a few foundation remnants of the original Castle still exist, what we see today is mainly from the 16th century. Wawel suffered many attacks and lootings by the Swedish and Prussian armies over the centuries. It underwent significant restoration after World War I. Although the Castle sits on a bit of a hill, it cannot be seen from the main square in old Kraków. 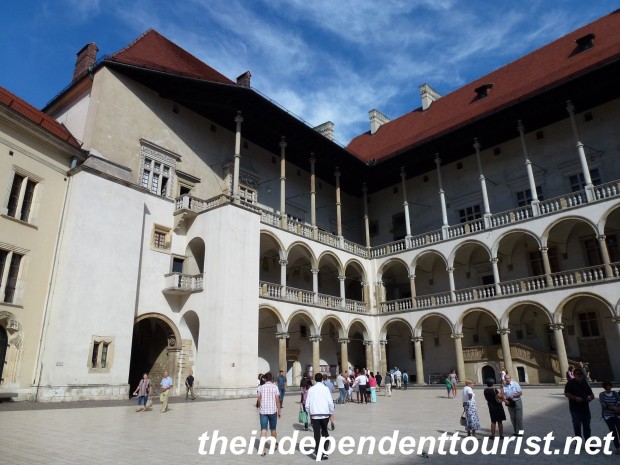 The arcaded courtyard of Wawel Castle. 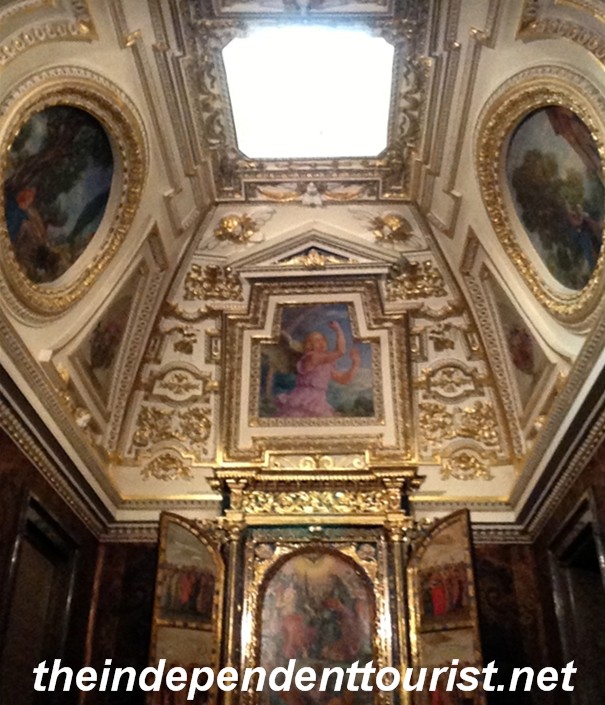 One of the ceilings in Wawel Castle. 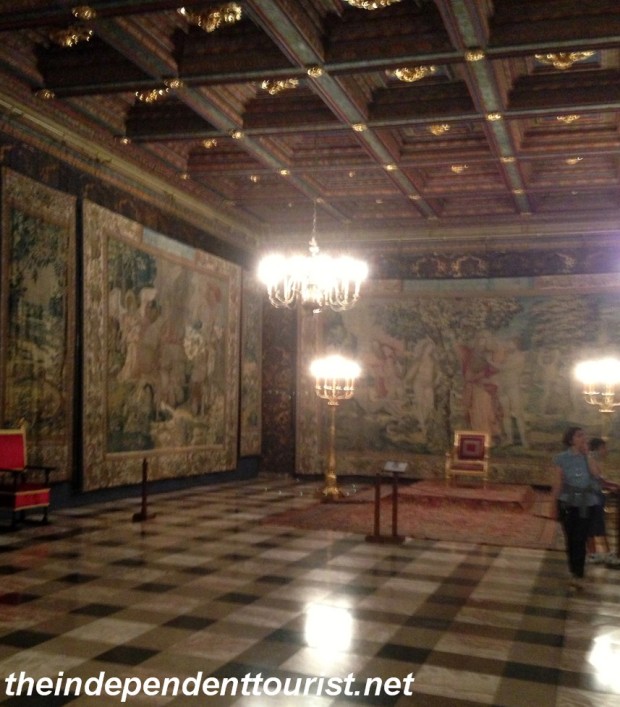 In the Hall of the Senators, with its magnificent Biblical tapestries. 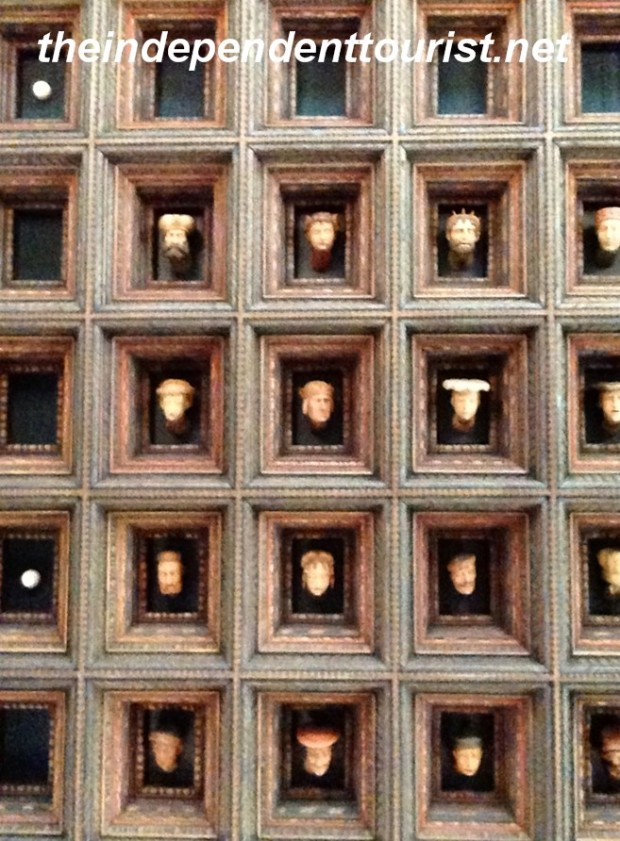 In the Hall of the Deputies – although it’s hard to tell, this is an image of the ceiling with 30 individually carved human heads, representing the cycle of life from birth to death. There were originally 194 carved heads (completed around the year 1535), these 30 are all that remain.

A major draw to the castle grounds is Wawel Cathedral, where numerous royal coronations and funerals have taken place. Inside, many of the tombs of Polish kings are seen. The current Cathedral dates from 1364, and is the third church on the site. 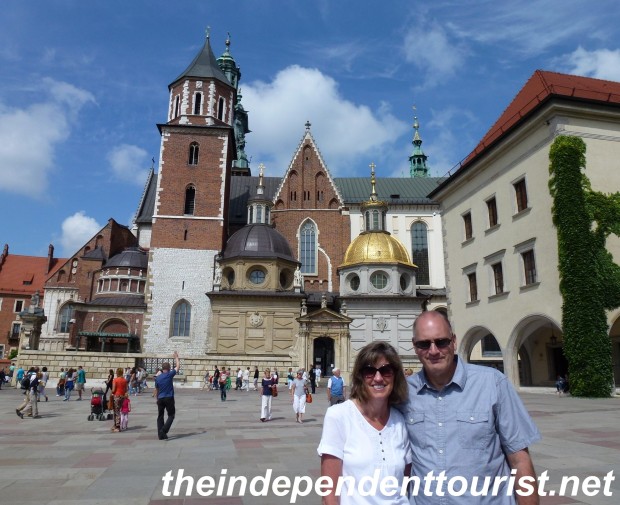 The exterior of Wawel Cathedral has a number of interesting facades. 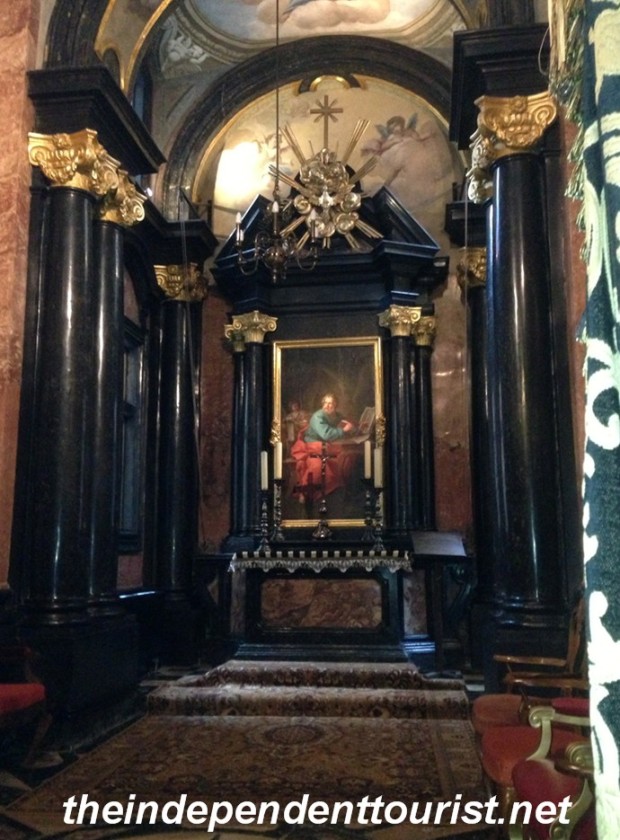 One of the chapels in Wawel Cathedral. 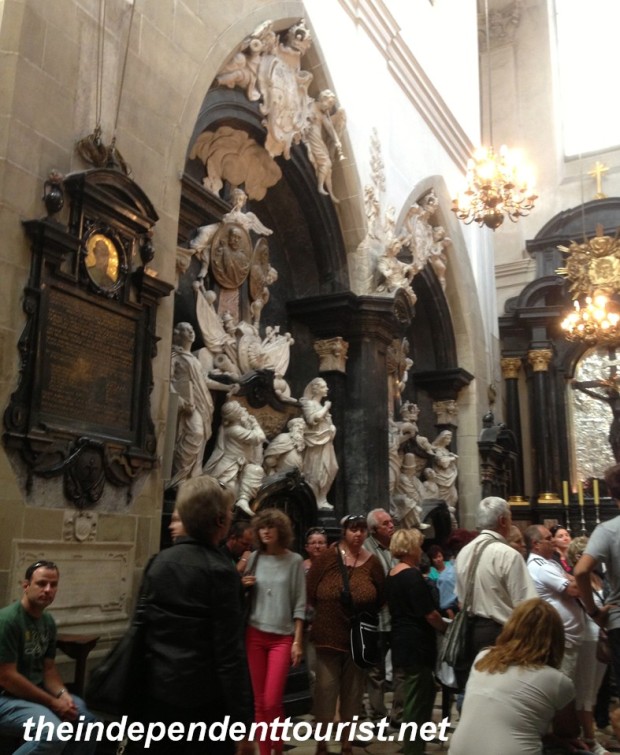 Another view of Wawel Cathedral, with its ornate decorations.

The Castle is very busy, so plan ahead – we bought our tickets the day before we wanted to visit, and each ticket has a specific entry time (you can wander the grounds for free). There are five different ticket options, so you have to decide what you want to visit, such as the State Rooms, the Royal Private Apartments, the Crown Treasury & Armory, Oriental Art Exhibit, or Lost Wawel (where you see some of the old original foundations and other artifacts found at Wawel from ancient times). We toured the State Apartments and really enjoyed the artwork and beauty of the ornate chambers.

Note that backpacks are not allowed in the interior rooms, and must be checked into a locker. Due to severe restrictions on photographs, it’s almost impossible to take pictures inside the Castle and the Cathedral – I captured just the few above. So, you’ll have to take my word for it…visiting Wawel Castle and Cathedral are must-dos on a visit to Kraków.