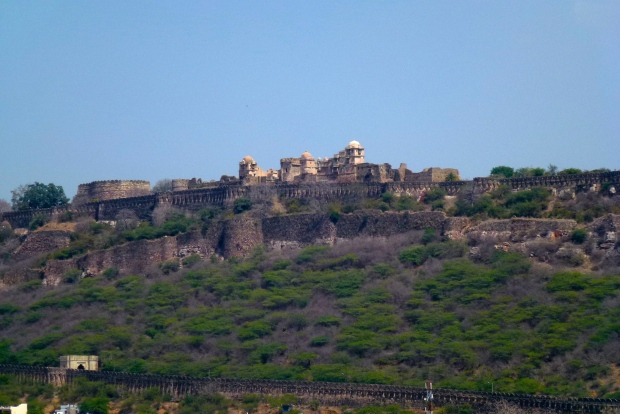 A view of Chittorgarh Fort from the city of Chittor.

This huge fortress complex is largely off the tourist map. It is located about 306 km (190 miles) south of Jaipur on the way to Udaipur (another 116km or 72 miles south). Chittorgarh sits atop a striking plateau above the modern town of Chittor (“garh” means fort). 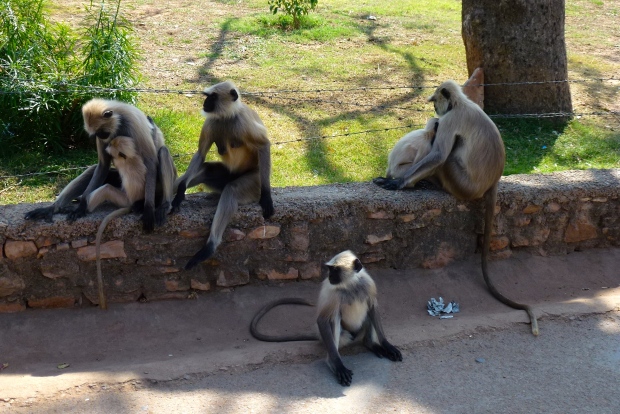 It is the largest fort complex in India, and the plateau is 6 km long, which is largely uninhabited (except by monkeys and a small village near the entrance) and open for exploration.

One of the gates (Ram Pol) into Chittorgarh.

There are several stunning towers, temples and palaces at the fort as well as reservoirs and other structures. A number of the buildings date to the 12th and 13th centuries. The fort was sacked at least three times (from the 1300’s to the 1500’s) and the female residents chose to perform the ritual of jauhar (burning to death) each time rather than being taken prisoner. 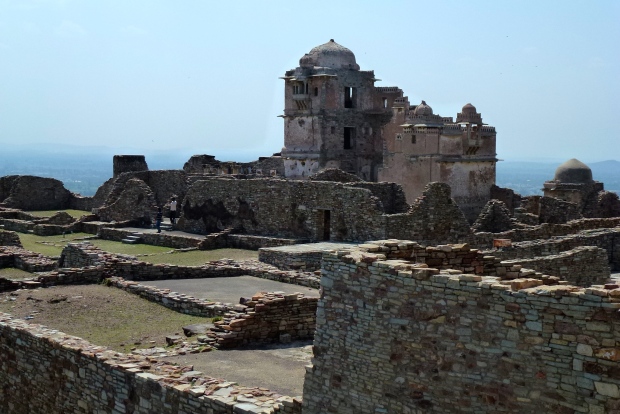 A view of the ruins of 15th century Rana Kumbha Palace. 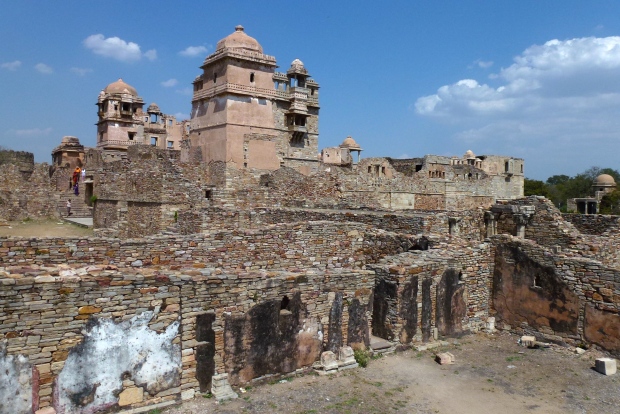 Another view of Rana Kumbha Palace. 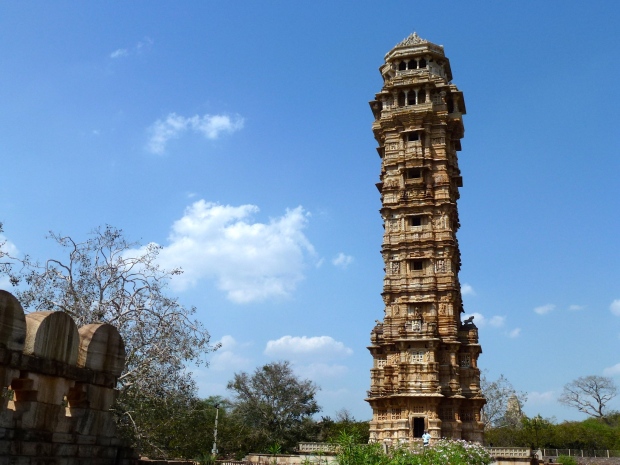 The Tower of Victory (Jaya Stambha), built in the 1400’s. Dedicated to the Hindu god Vishnu. You can climb the tower for a good view of the whole area. 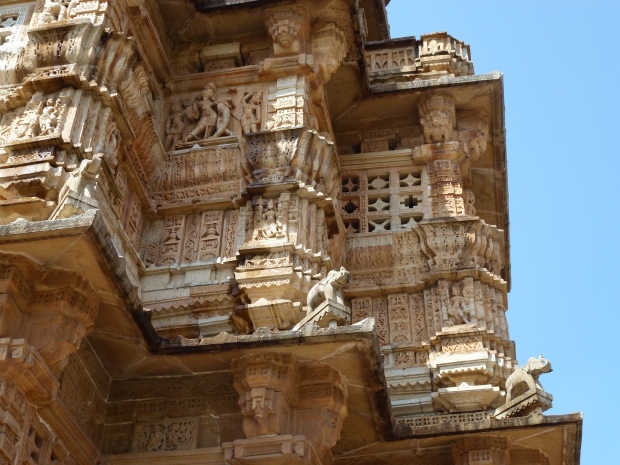 Detail of the Tower of Victory.

Due to the few visitors here, we found the locals and (mainly Indian) tourists very friendly, wanting you to take their pictures and to show you around. 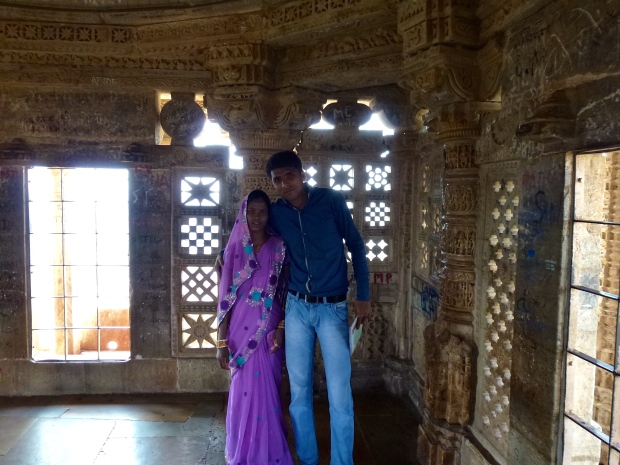 A young couple who wanted their picture taken at the top of the Victory Tower. 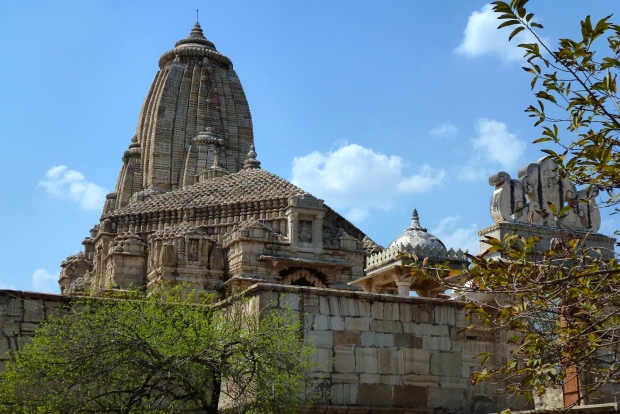 A Jain Temple at Chittorgarh. 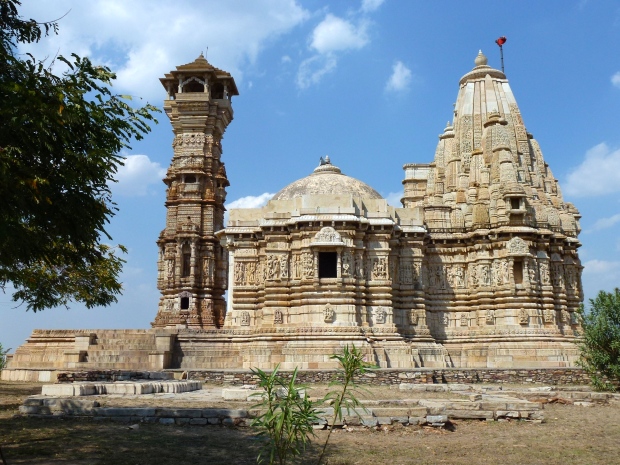 Another Jain Temple at Chittorgarh. The tower (Kirti Stambha) was built in the 12th century. 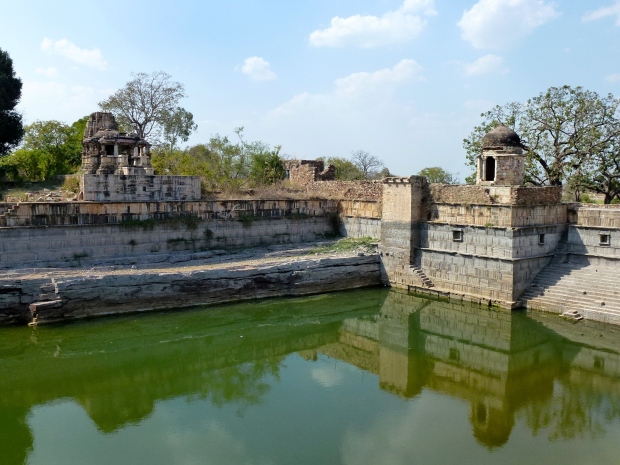 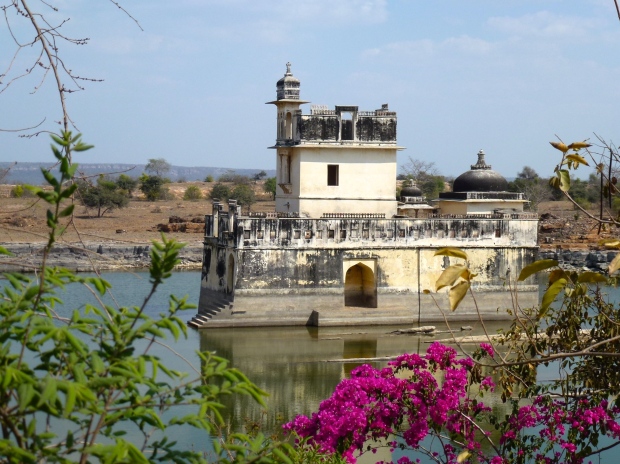 A pavilion in a small lake at Chittorgarh.

This was an unplanned stop on our way to Udaipur suggested by our driver. Since it’s a fairly long drive to Udaipur we spent only about 90 minutes here, but it would be easy to spend a few hours exploring all the various ruins and sights. Well worth a visit!