Following our visit to Corsica, we spent a few days on the Cote D’ Azur, or as it is also known, the French Riviera. This is a beautiful part of France, with little villages clinging to steep hillsides overlooking the blue Mediterranean. It’s easy to see why this area has been a mecca for tourists and the famous and wealthy for decades. As I’ve stated before, France is a favorite country of mine, and this part of France just reinforces my view.

Nice. Nice is the 5th largest city in France, with a wonderful setting on the Mediterranean coast. Nice was founded by the Greeks and colonized by the Romans. They picked a great spot. Nice has a long seafront promenade (Promenade des Anglais) filled with joggers, young couples and folks out for a stroll. 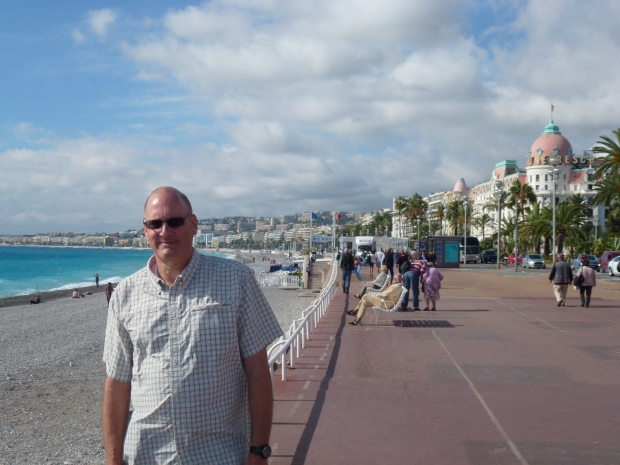 The Promenade des Aglais in Nice. The beach consists of more pebbles than sand, but was very clean.

The promenade is lined with large hotels, shops, restaurants and extends for several kilometers.

Nice’s Old Quarter (called Vieux Nice) is on the eastern end of the promenade, next to a promontory point (Colline du Château) which can be climbed via 300 or so stairs for great views of Nice and the surrounding coastline.

A view of Nice from Colline du Château.

Even though these look like the real thing, they are just incredibly artistic sweets.

Evidence of the Roman era is still visible, including the ruins of an arena, basilica and a village. The ruins are about a 30-45 minute walk from the Old Quarter. 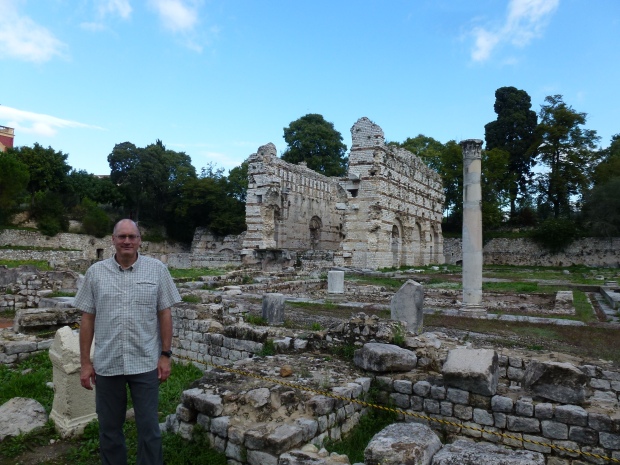 The Roman ruins in Nice.

Going east from Nice, here are a few sights:

Villefranche-sur-Mer. Just east of Nice is the village of Villefranche-sur-Mer, located on a protected bay. Like many coastal towns in Corsica, Villefranche-sur-Mer has an old 16th century citadelle (Citadelle St-Elme) that now houses the town hall and two art galleries. This is a very quiet, scenic (and clearly well-to-do) spot right between Nice and Monaco.

A view of Villefranche-sur-Mer.

Eze. I had heard from several people that we needed to visit Eze. Eze is just east of Villefranche-sur-Mer, and is practically on the border with Monaco.

A view of Eze and the coast from the gardens right above the village, where a castle once stood.

One of the alleyways in Eze. 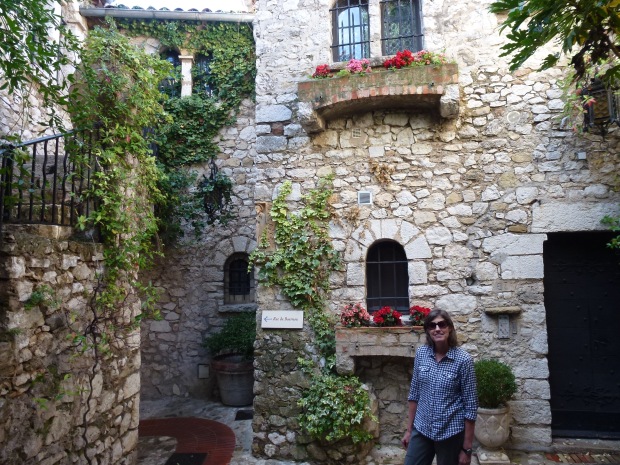 Another perfect spot in Eze.

The only thing that “bothered” me is that it is completely a tourist town with numerous boutiques and shops and of course lots of tourists. However, we loved the setting and views.

Monaco. The Principality of Monaco is next door to Eze and is one of the tiniest countries in the world (as well as the world’s oldest monarchy). Monaco is a tax haven and its wealth is evidenced by the number of Lamborghinis and Ferraris racing down the winding streets.

Monaco’s harbor and surrounding area, as seen from the hilltop fortress area where the royal palace is located. 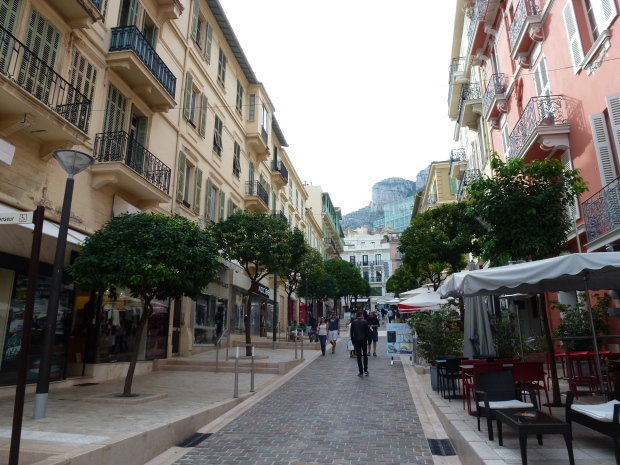 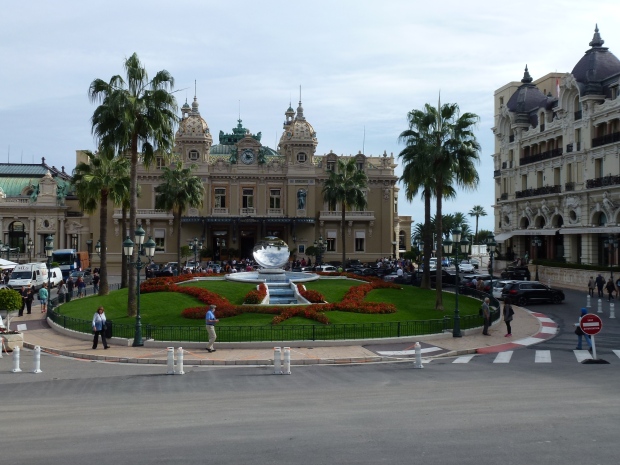 The world famous Monte Carlo Casino in Monaco. Only for serious gamblers!

Monaco’s cathedral, where Princess Grace and Prince Rainier III were married in 1956.

Given how small the country is, we quickly found a car park after crossing the border and explored the country on foot, walking up and down the steep hills and winding our way through a maze of apartment buildings built practically on top of each other—it reminded me just a bit of Hong Kong.

Going west from Nice, here are several other sights:

Cannes. Known for its famous International Film Festival, we thought we’d check out Cannes. This area suffered major flooding damage just a year ago, and although there were still some signs of the flooding (piles of damaged goods in a few places) for the most part you wouldn’t know this area had been touched. The Old Town with an 11th century clock tower and the 16th century church called Notre-Dame de l’Espérance sit on a hill overlooking the harbor filled with huge yachts and the more modern part of the city and famous beachfront. 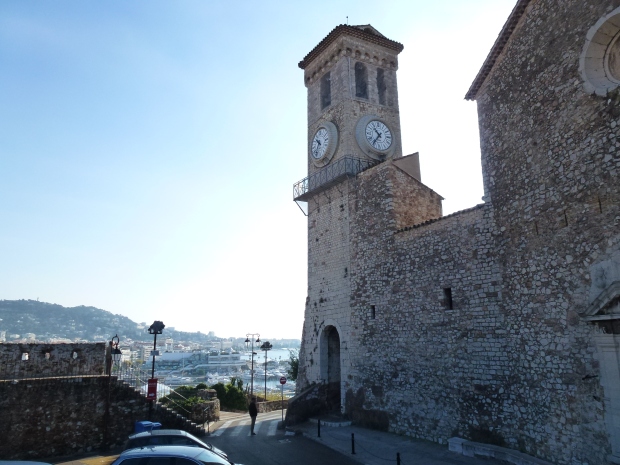 The old clock tower in Cannes, right next to the 16th century church. 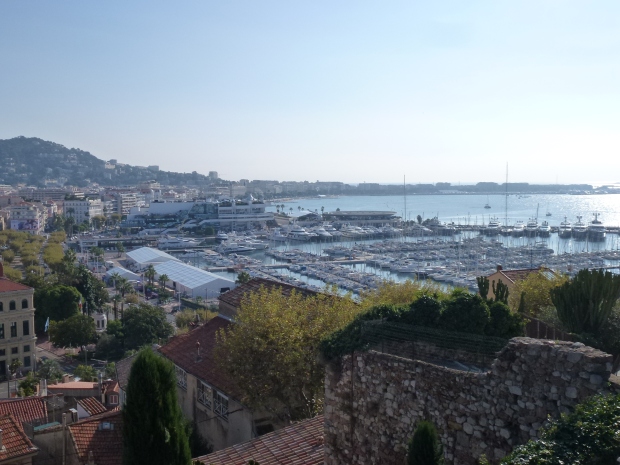 A view of Cannes and harbor. 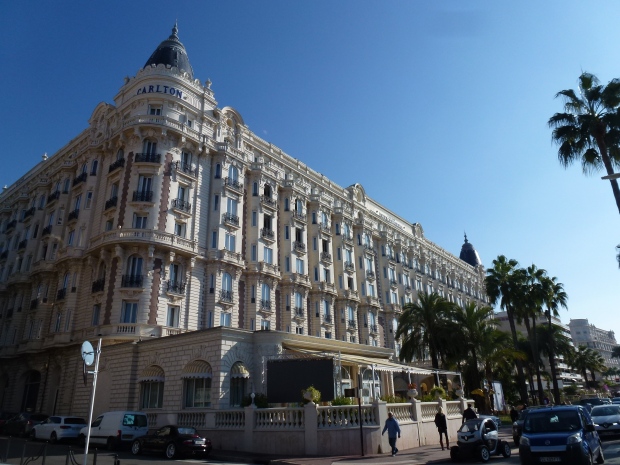 The InterContinental Carlton luxury hotel in Cannes, built in 1911.

St-Paul-de-Vence. This is a walled hilltop village not far from Cannes. It is a magnet for artists, with numerous art galleries and studios. It is a beautiful sight sitting perched on a hilltop not far from the coast. 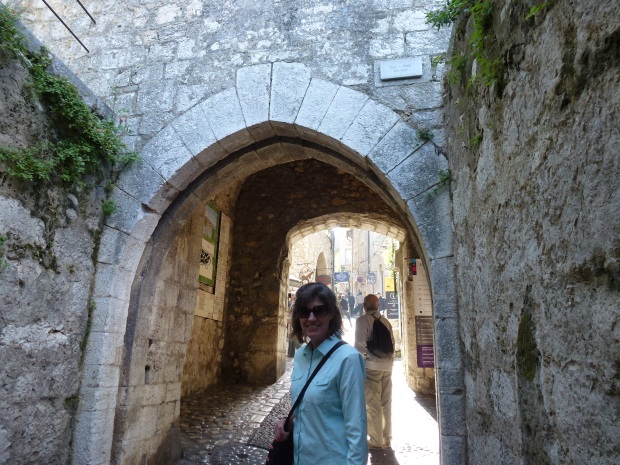 The gated entrance into St-Paul-de-Vence.

The 13th-14th century Keep (Donjon) in St-Paul-de-Vence. Used as a prison years ago.

Vence. This town is probably the poor sister of St-Paul-de-Vence and Eze. It was the most authentic town of the three, feeling more like a typical French village. The historic center’s layout is based on a Roman design-encircled by an oval wall. There are lovely old churches and little squares tucked away in spots throughout the town.

One of the small squares in Vence. 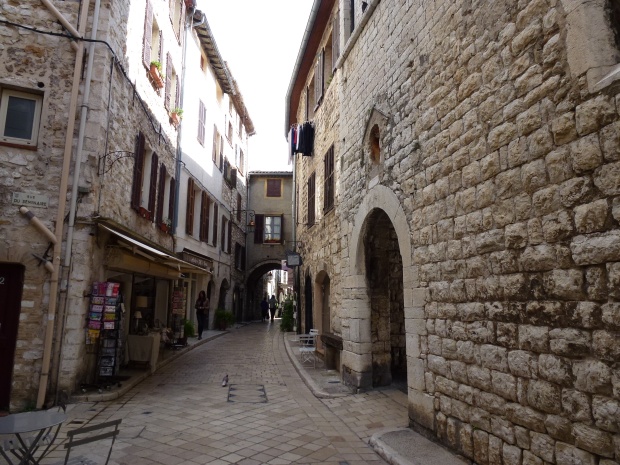 When traveling through this area, be aware that the roads are narrow, with sharp curves and speedy drivers. Traffic is fairly heavy, especially going west from Nice. Even though distances are not far, it will take a bit longer to get to these locations than you might expect.