Sarlat-la-Caneda (commonly called Sarlat) is a great base for exploring the Dordogne Region.  The town is large enough to provide a variety of accommodation and restaurant options.

Sarlat and the Dordogne Region of France. 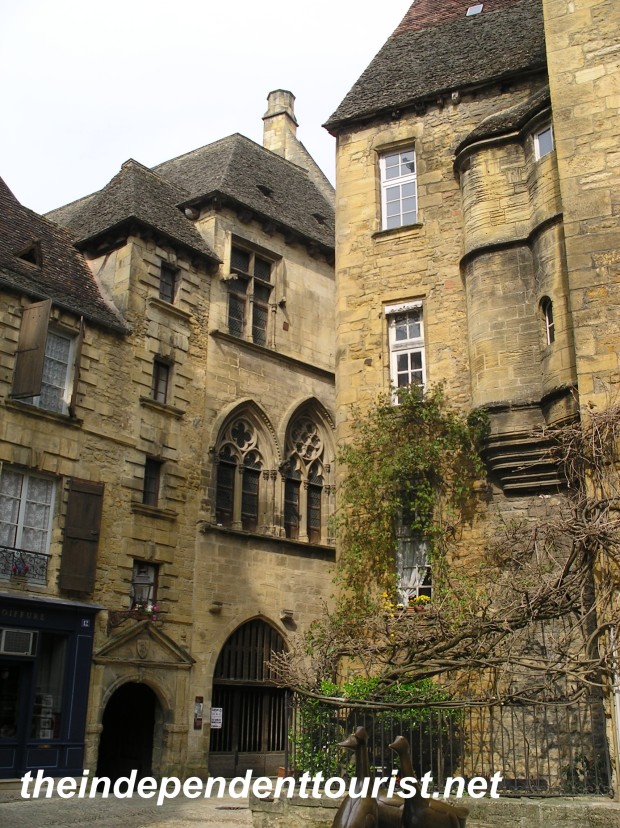 There are several inexpensive hotel chains on the south side of Sarlat, on Rue de Cahors, which are within walking distance of the town center. While Sarlat does not have many “must see” sights, the whole town itself is quaint, and worth a walking tour to enjoy the unique architecture, narrow streets and atmosphere. It was a loyal French village in the Hundred Years’ War, and therefore was protected and did well economically, hence why many buildings are well-preserved. 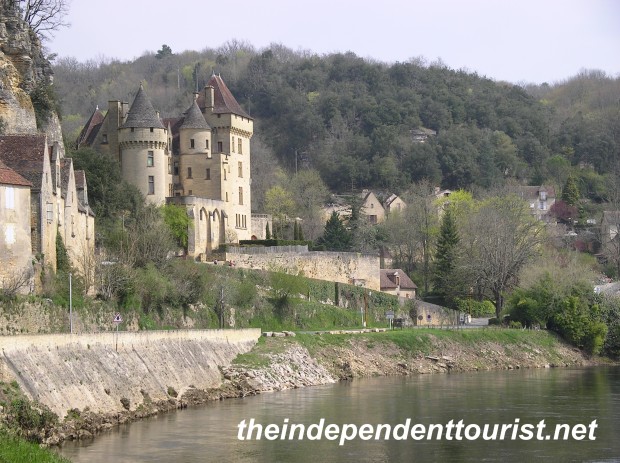 The village of La Roque Gageac, only 14 km from Sarlat, occupies a narrow strip of land between the Dordogne River and a towering cliff on the north bank, epitomizes the Dordogne. It is considered by many to be one of the prettiest villages in France, and it is not difficult to see why.  As one drives from Beynac east along the D703 road, the Manoir de la Malatrie (now a hotel) is the first grand building we see. The style fits the Dordogne perfectly, even though it’s a 20th century reconstruction of the 15thcentury original manor house. The village comes into view right afterwards.

Every little street is picturesque. Homes are built right into the cliff, using the beige stone so common in the area. Take the time to explore the village and enjoy the enchanting setting along the peaceful Dordogne River. 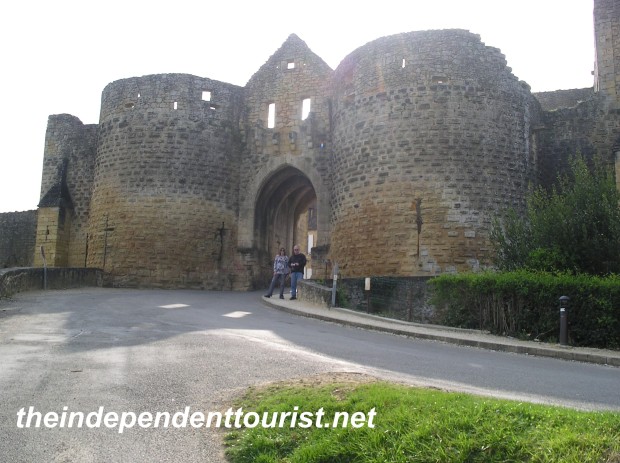 A gated entrance to Domme.

Domme is one of the many ‘Bastide’ towns established in the Dordogne during the Hundred Years’ War to provide strategic fortified population centers for strengthening the claims and position of both the French and English defenses. The Bastide towns are on higher elevations, which provided protection and early warnings of pending attacks and now provide great views of the valley. Domme is located just southeast of La Roque Gageac, along the D703.

Beneath the main town square there is a cave system that can be toured. Some tour books say that the caves were used during the Hundred Years’ War for hiding, but on our tour of the cave we learned that is was not discovered until the early 1900’s. If you have been to many caves, it may not be worth your time, but if not, it provides another interesting thing to do. There is also a little train that takes you on a short tour of the town. On the north side of the town, next to the church, a plaza provides a good view of the Dordogne Valley.