About 106 miles (or 170 km) south of Gdansk is the medieval city of Toruń. It has been well preserved over the centuries and fortunately was not damaged in World War II. Toruń is the birthplace of Nicolaus Copernicus (1473 – 1543), the great mathematician and astronomer who placed the sun (rather than the earth) at the center of our solar system. His home is here along with his statue in the main square. 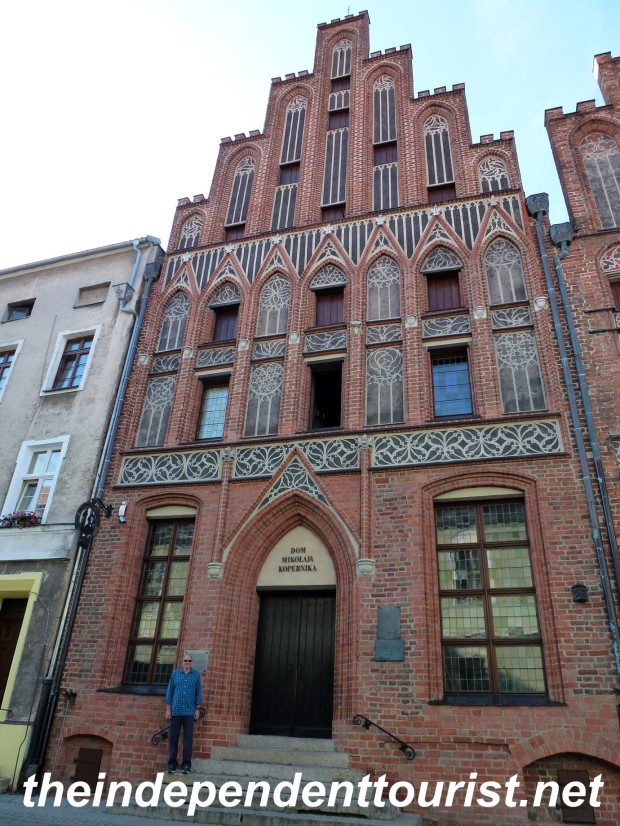 Nicolaus Copernicus’ house in the center of Toruń. 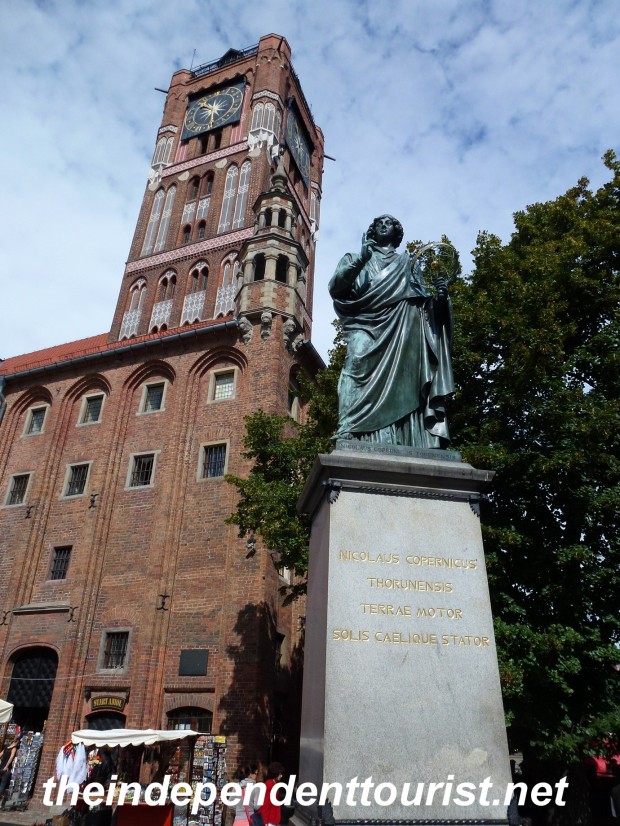 Statue of Copernicus and the Town Hall tower, which you can climb for great views.

There is a lot to see in Toruń, including some lovely medieval churches, the town square, the city walls and other historic buildings. The Town Hall is now a Regional Museum that includes other sites around Toruń. Be sure to climb the tower of the Town Hall to get a great view of the old town and surrounding countryside.

A view of Toruń, looking northeast along the Vistula river, from the Town Hall Tower.

A view from the Toruń Town Hall Tower – The huge, late 13th century St. Mary’s Church is on the right. 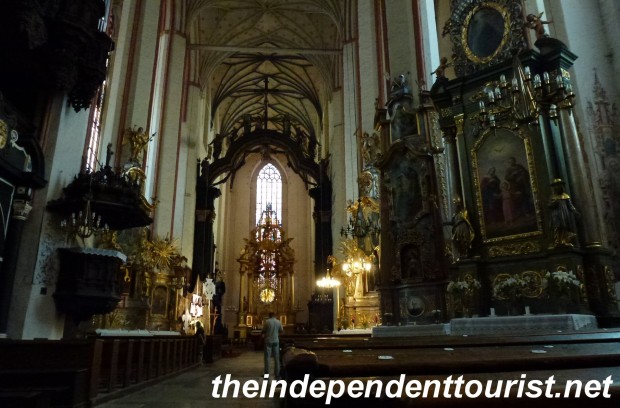 The interior of St. Mary’s Church. There are some well-preserved frescoes on some of the walls.

The ruins of the Teutonic Castle (from the early 1200’s) are limited; it was destroyed by the townsfolk in 1454 as part of a rebellion of the Teutonic rule—they did a good job!

The ruins of the Teutonic Knights’ castle in Toruń. 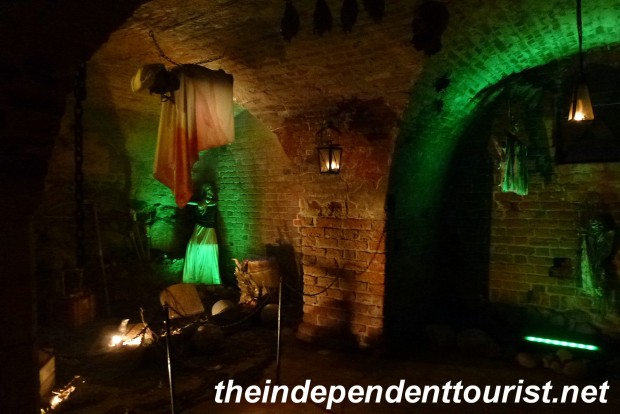 Some scary displays in the dungeon of the Knights’ castle in Toruń.

However, there is a good display in the cellar/dungeon of the castle and a number of signs around the castle grounds explaining its history and features. The Latrine Tower and connecting bridge are well preserved.

The Latrine Tower of the Teutonic Castle in Toruń.

We found that parking a car is nearly impossible in the old town, so we found a great car park right outside the city walls near a bridge over the Vistula River that was within walking distance of our apartment.

Toruń’s city walls and the 15th century Burghers Hall, which was the home of the Brotherhood of St. George, whose membership comprised the elite of Toruń.

We had a lovely stay in the old town at a place called Apartamenty Anielskie. Toruń is definitely worth an overnight stop. Take a walk along the east (river) side of the town to get some great views of the old city walls and gates.

The Leaning Tower, an interesting part of the city walls of Toruń. It started to lean because of the soft ground – about 5 degrees so far, but still standing!