Our last stop between Nazaré and Porto was Coimbra, home to one of Europe’s oldest universities and the former capital of Portugal. The university was founded in Lisbon in 1290, moved to Coimbra, then moved back to Lisbon and finally back to Coimbra for good in 1537. The university has an ideal setting–it makes its home in the Alcaçova Palace, which sits on a hill in the old quarter of Coimbra overlooking the Mondego river. About 20,000 students attend the university from all over the world. 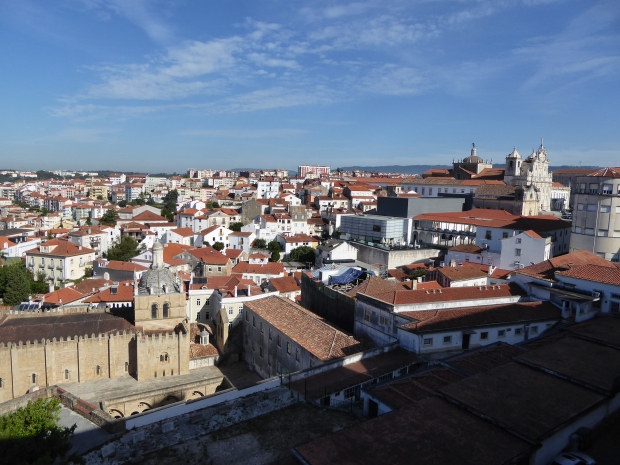 A view of Coimbra from the Alcaçova Palace. 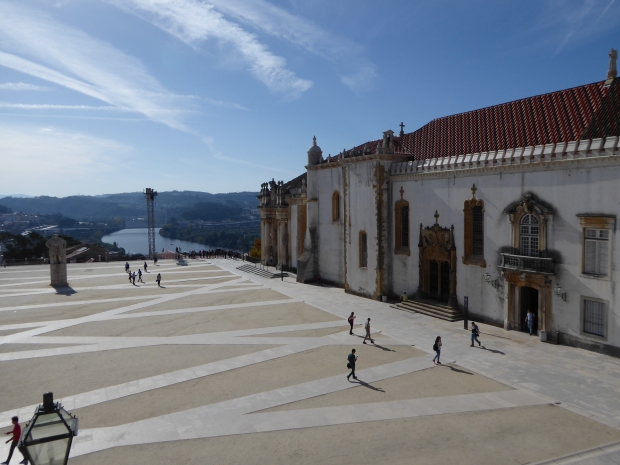 A view of Coimbra University buildings and the Mondego River in the distance.

There are three main sights for the tourist in the University:

Joanine Library. This 18th century library is the star tourist attraction of the university, and it is stunning. The library contains 250,000 volumes dating from the 15th century. Great care is taken to maintain an environment needed to preserve the old texts, including the housing of a small colony of bats that prey on the paper-eating insects that could destroy the books. Of course, cleaning up after the bats every day is no small challenge!

A view inside the Joanine Library.

Another snapshot of the library, showing the table where old texts may be read.

Note: The rules state very clearly as you enter the library that no photos are allowed and they are serious about this. I took a few photos (above) on my phone and shortly thereafter I was quickly ushered out of the library. So, be warned! Also a ticket is required for entry to the library, and you are given a specific time to enter, with perhaps 10-15 other people.

São Miguel Chapel. This chapel was built in the early 1500’s and is quite beautiful with decorative tiles and a grand organ dating from 1733. The chapel is sometimes rented out for weddings and other events.

The altar in the São Miguel Chapel.

A view of the tile work in the São Miguel Chapel. 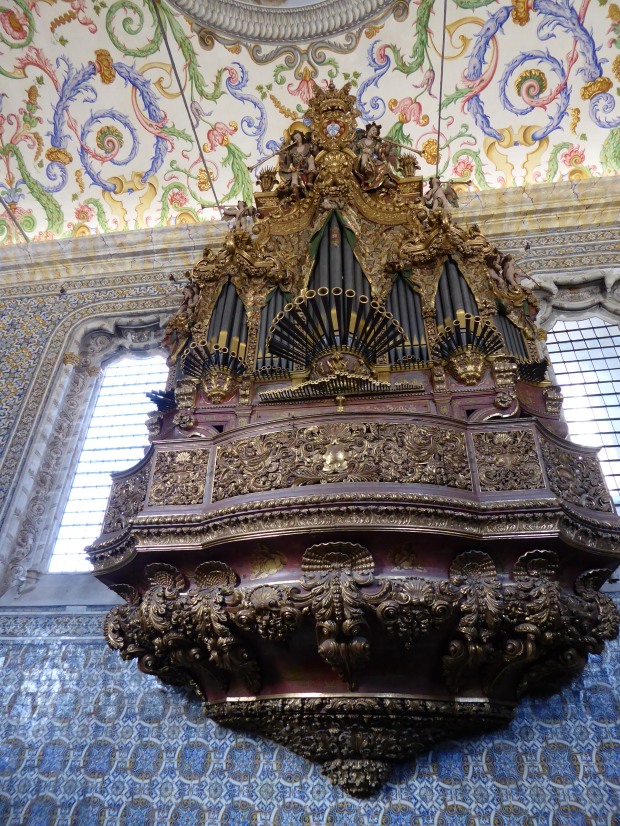 The 18th century organ in the São Miguel Chapel.

Alcaçova Palace. Since Coimbra University occupies the buildings of a former palace, a few other rooms are open to tourists, most contain displays of local history. 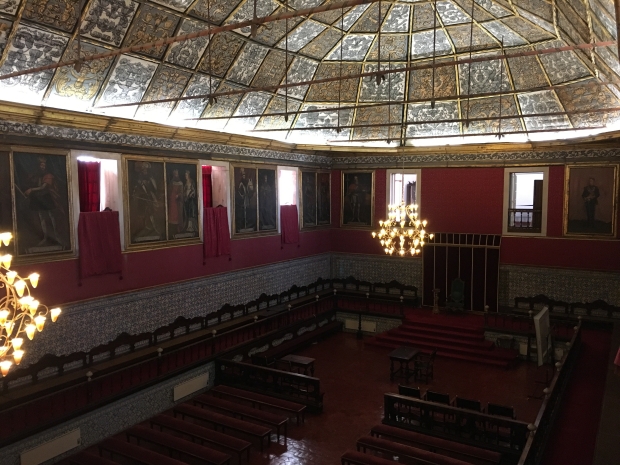 The grand hall of Alcaçova Palace where doctoral students defend their dissertations. 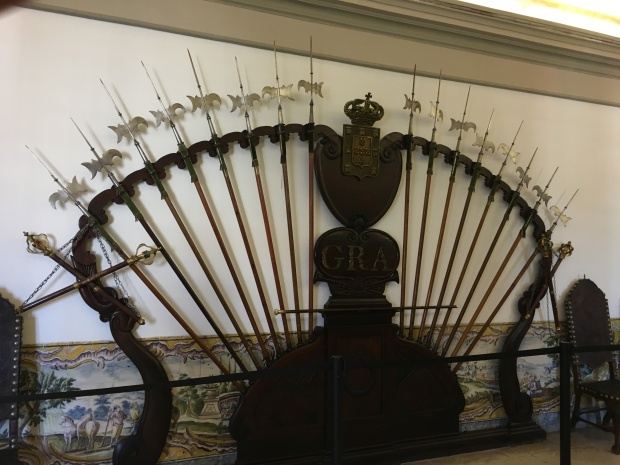 Outside the university in the Old Quarter of Coimbra, we made just one other stop, to visit the “New” Cathedral (Sé Nova). This cathedral, built in 1598 is not exactly new, but relative to the old cathedral, known as Sé Velha (from the 12th century), I guess we can consider it new! 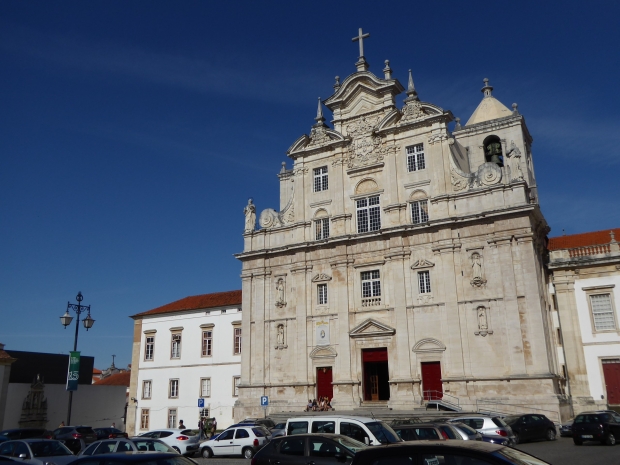 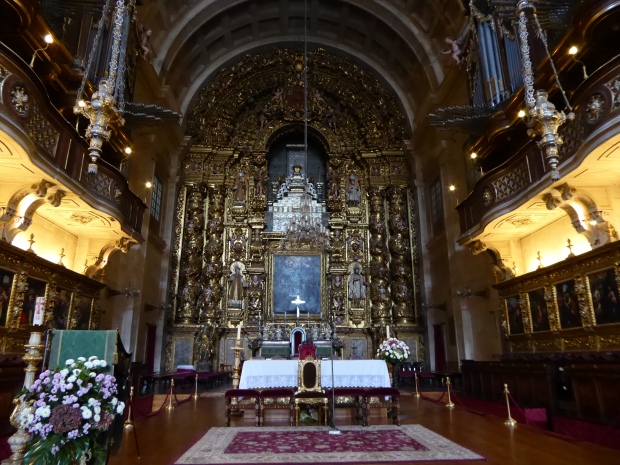 The altar in the Sé Nova de Coimbra. 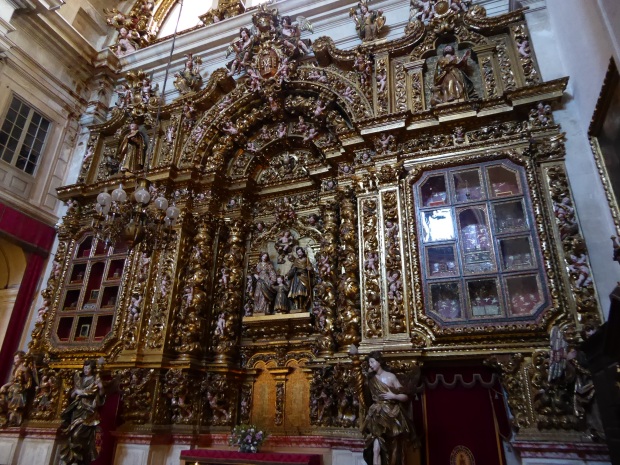 If you’re on your way to Porto, the town of Coimbra is definitely worth a stop. I wish we had had more time to explore this old city.