We purchased our tickets, got a copy of the schedule for timing our stops and hopped on the boat in Monterosso. We decided to go all the way to the end of the route first and work our way back, stopping in the towns we hadn’t visited yet on the return trip. The woman who sold us the tickets explained the ferry’s route and told us that Portovenere (the last stop) was quite a beautiful town, even though it’s not officially part of the Cinque Terre. She wasn’t joking. Portovenere (also spelled Porto Venere) became one of my favorite spots in this part of Italy. (You can also hike to Portovenere from Riomaggiore, the nearest Cinque Terre town, in about 2 hours).

The travel writer Rick Steves calls Portovenere “enchanting” and I would say that’s an accurate description. I was stunned with our first view of Porto Venere, an old medieval church perched on a rocky outcropping guarding the harbor entrance.

Arriving by sea from the Cinque Terre, the 13th century Church of Saint Peter (La Chiesa di San Pietro) is your first sight.

As we cruised further into the harbor, I could also see remnants of a castle fortress on the hill behind the town and an old wall with towers extending down the hill to the harbor. We hopped off the boat and wandered the town for a couple hours, which gave us time to visit the Church of Saint Peter, Castle Doria and explore a few of the old town streets.

A view of Portovenere from the inner harbor.

Portovenere was purchased by the city-state of Genoa in 1116, which ruled this part of the Italian peninsula and was a rival of Pisa [which is about 92 km (57 miles) further south with its famous Leaning Tower], and other Italian states at the time.

Walking up the rocking outcropping to the Church of Saint Peter. 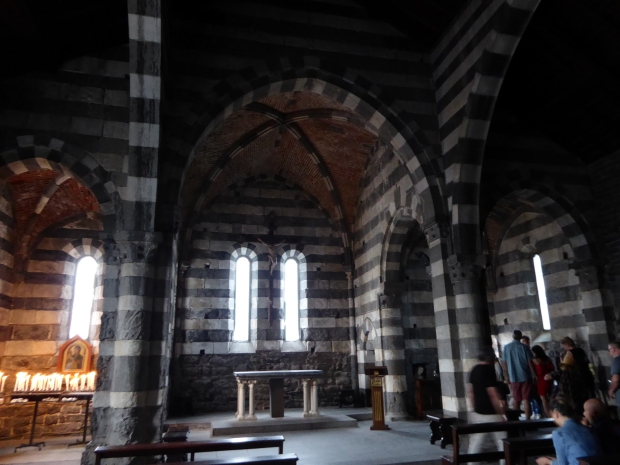 Interior of the Church of Saint Peter, which is actually two churches – the older part dates from the 9th century and the “newer” church (above) is 13th century, from the Genoese era.

A view of the rugged coastline, cliffs and Castle Doria, taken near the Church of Saint Peter.

Taking the stairs up into Castle Doria. There is not too much of the castle itself remaining, but the views of the surrounding area from the grounds are remarkable.

A view of the castle grounds with the Church of Saint Peter in the distance. The castle was rebuilt in the 16th century as a coastal fortress.

I love this view of the Church of Saint Peter with an old castle window in the foreground. 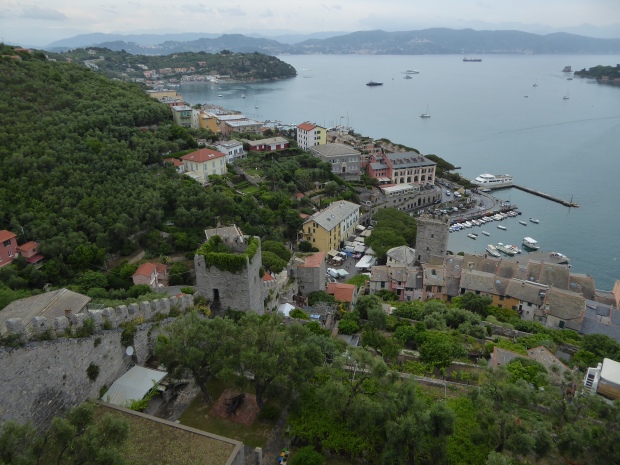 Looking down on Portovenere’s harbor and the walls extending from the Castle, with the old town directly below.

After enjoying the great views from the castle grounds, we meandered through the old town on our way back down to the harbor. The Genoese left their mark on the town, including two churches from the 13th and 12th centuries, San Pietro (Saint Peter) and San Lorenzo.

The 12th century Church of San Lorenzo, another Genoese contribution to Portovenere. Over the main doorway (a little hard to see) is a sculpture of the martyrdom of San Lorenzo who was roasted alive on a grill. Yikes. 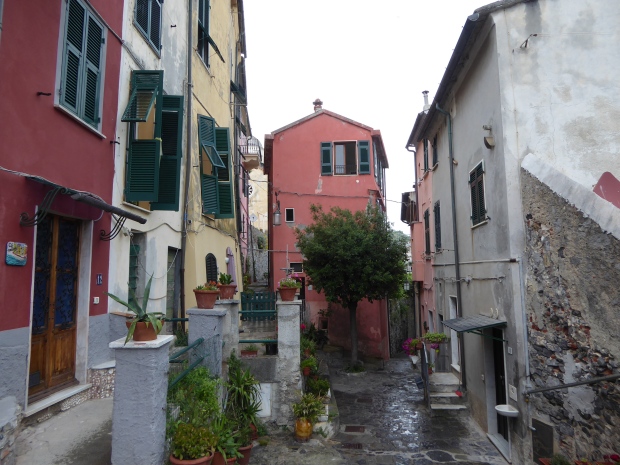 A view of a residential area near the Church of San Lorenzo. 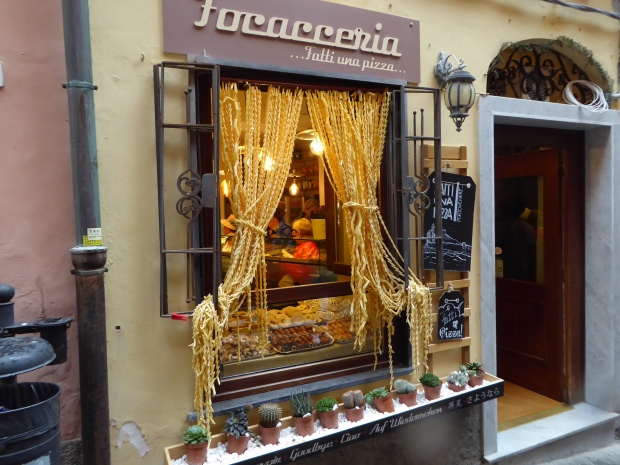 A focacceria with some yummy pastries and pizza and a window covering made out pasta! I wonder how the pasta holds up in a heavy rain?

A light rain doesn’t deter tourists and shoppers in the old streets of Portovenere. 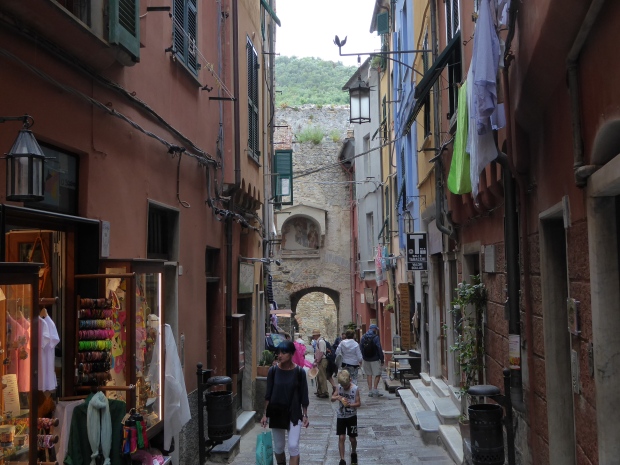 A typical street scene in old town Portovenere, looking toward the medieval gate. 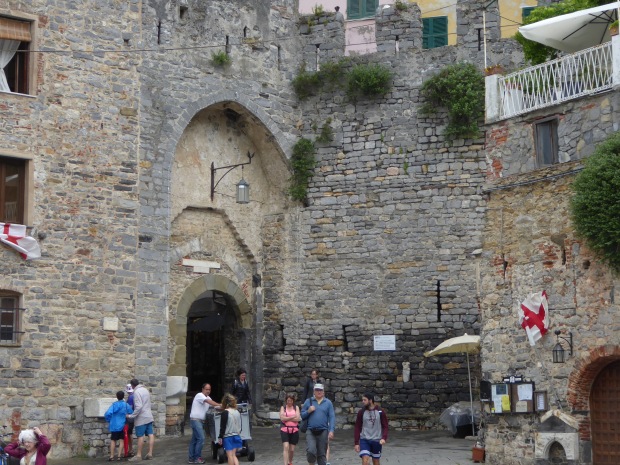 Just outside the walled portion of Portovenere. 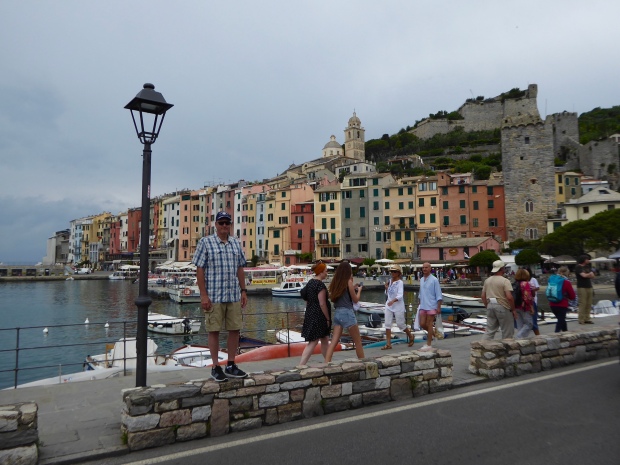 I always love exploring new places and Portovenere didn’t disappoint. If you get to Cinque Terre, be sure to visit this great town too!