Recently I’ve been sharing posts on the beautiful Aosta Valley in northern Italy. The town of Aosta is also quite lovely, sitting in a spectacular setting at the foot of the Alps. The town’s Roman ruins remind us of the importance of the route through the Alps and this valley in ancient times. The town was founded by the Salassian Gauls, whose lands covered the nearby Little and Great St. Bernard passes over the Alps. In 25 BCE Caesar Augusts (Octavian)  defeated these Gauls and built up a grand city which became known as Aosta.

Arch of Augustus, erected in 25 BCE stands at the eastern edge of the old city (the roof was added in the 18th century). 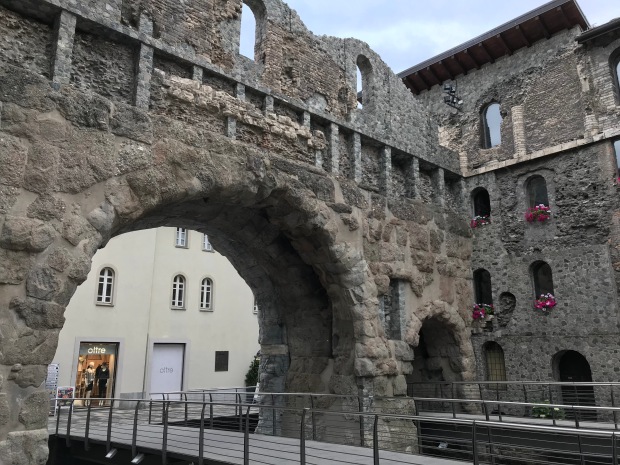 The Porta Pretoria, near the Arch of Augustus, also dates back to 25 BCE.

The flagship sight in Aosta is the Roman Theater, with one tall exterior section of wall remaining. Medieval buildings once stood around the wall, and they were removed during restorations. 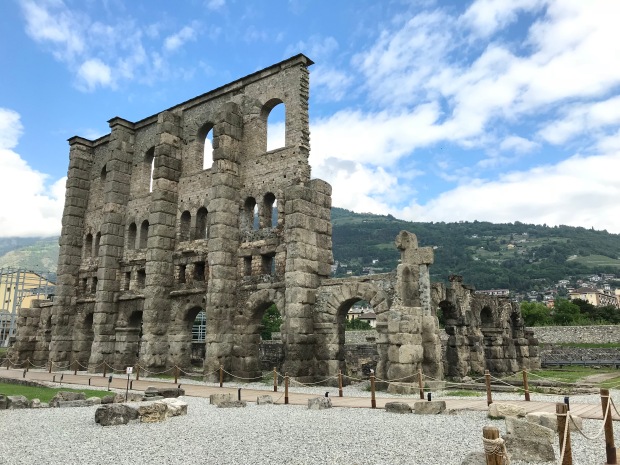 Roman Theater in Aosta, built sometime after 25 BCE. The wall is 65 ft. high. 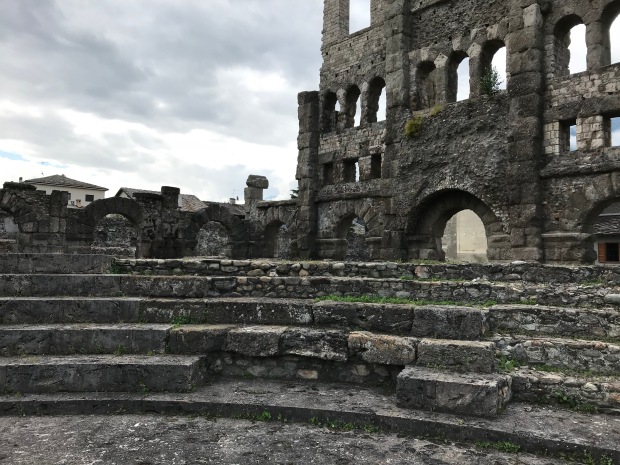 Seating area inside the Roman Theater.

Another view of the area around the Theater.

Some of Aosta’s Roman ruins are underground. This is the cryptoporticus, which sits underneath the Forum (marketplace), now occupied by Aosta’s Cathedral. Its function is unknown – storage, shops, or something else? 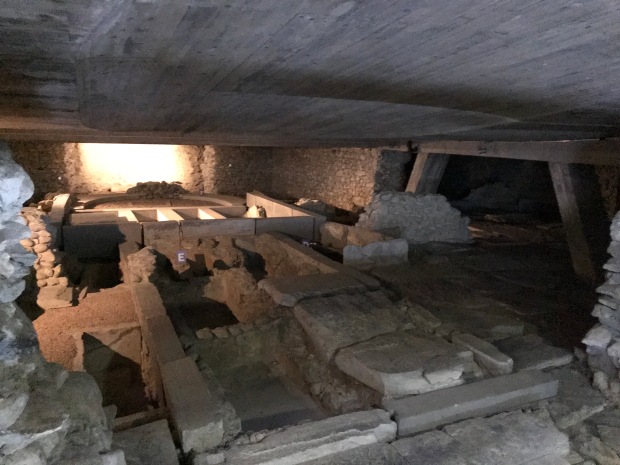 There are numerous Roman, pre-medieval and medieval tombs and ruins underneath Aosta, and some are accessible through the churches built on top of these sites. You can buy a pass and map to direct you to the sites.

Part of a Roman chariot. Various interesting artifacts have been unearthed and are on display in the underground museums.

Aosta’s piazza (town square). The setting reminded us a bit of a Colorado ski town, nestled in the mountains. 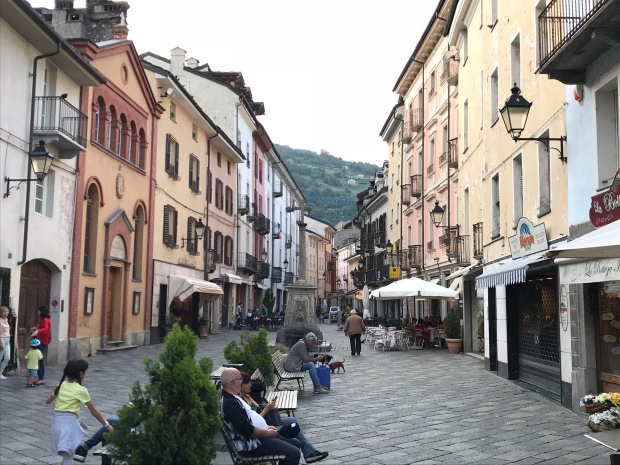 Another street scene in Aosta.

Aosta makes a good base for exploring the Valley, we stayed in a small hotel just outside the city and enjoyed the quiet and scenic location. 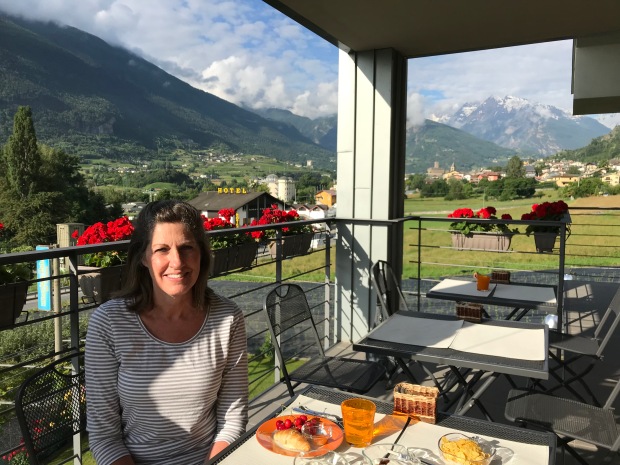 We stayed at a little boutique hotel, La Bicoque, just north of the town of Aosta.