If you can’t visit all 72 castles (who could?) in the Aosta Valley of Italy then at least visit one–Fénis Castle. Dating back to the 12th century, Fénis is pretty much exactly what you’d expect from a medieval viscount stronghold, with crenellated walls, towers and frescoed rooms and courtyard in a dramatic setting in a valley surrounded by tall mountains. 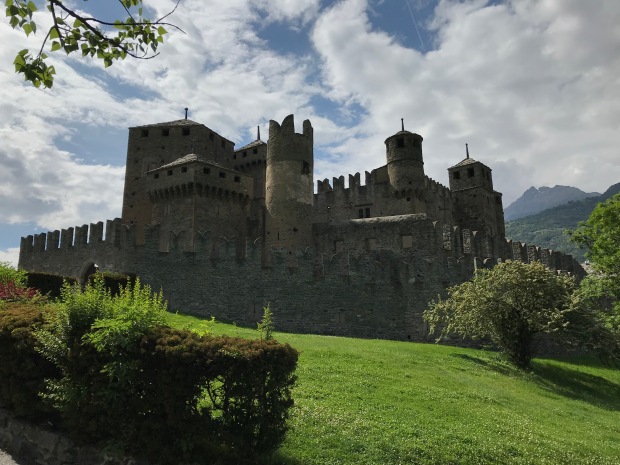 The inner courtyard of Fénis Castle. The frescoes date from the first quarter of the 15th century. 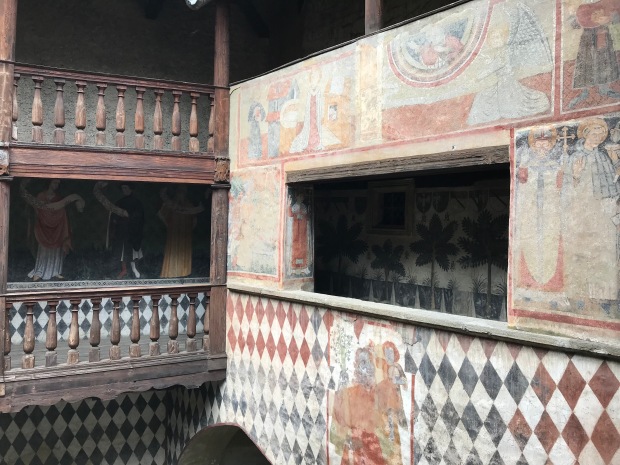 Another view of the inner courtyard.

The only way to visit the castle is to join a group tour offered at specific times throughout the day. Our tour was in Italian, but lucky for us the castle’s main rooms had explanatory information in English.

A dining room on the castle’s ground floor.

A room believed to be the kitchen on the ground floor.

The castle was built by the Challant family and much of the structure we see today is the result of additional construction work early in the 15th century.

A bedroom in the castle. The Challant’s living quarters were on the 1st floor (one floor up from the ground floor). 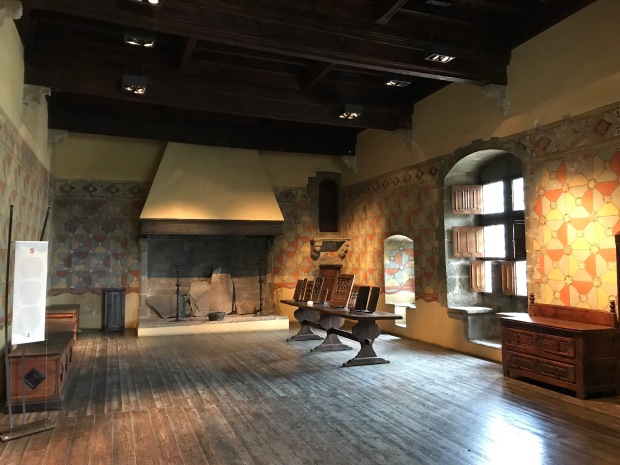 A view of the inner walls of the Castle.

The corbelled dovecote tower on the castle’s western side.

Fénis Castle is about 15 km (9 miles) east of the town of Aosta. Don’t miss this great castle if you visit the magical Aosta Valley, one of Italy’s less visited regions.